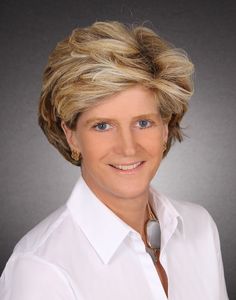 Greenwich, Connecticut is one of the most high-end real estate markets in the United States, and it is here that Leslie McElwreath has held the title of top realtor for now 2 years running. Her education includes degrees in Economics as well as Organizational Behavior and Management, which she attained with honors from Phillip Exeter Academy, and again at Brown University. Leslie has used this education and her extensive background in sales and marketing to build a name for herself as someone who gets spectacular results and does so with unparalleled customer service. It’s no wonder why she has maintained her place at the peak of the Greenwich market, not to mention that of Sotheby’s top 10 real estate agents in the entire country. But just what is it that’s made her so successful as a real estate agent, and in such a relatively short time at that?

Leslie attributes much of her success to her background in marketing and finance. Believe it or not, she built these skills not in real estate, but as a financial executive on Wall Street. Working at companies like J.P. Morgan, Bear Stearns & Co, and Drexel Burnham & Lambert, she perfected her ability to appeal to the needs of clients and finalize sales over the course of a decade and a half. What’s more, it also gave her the unique opportunity to understand how the people on both sides of these transactions think and conduct business. Leslie may not have known at the time, but this knowledge is something she now considers indispensable, as it would give her a staggering edge over the competition once she joined the realm of real estate. Many of the sales she would later broker would be with these exact same kinds of people – buyers, sellers, issuers, master financiers and titans of Wall Street.

Transfering the Skills To Your Dream

After 15 years as a Wall Street executive, Leslie no longer felt this was her calling, and found herself needing a change of scenery. But where could she apply her vast experience in marketing and sales? Next to stocks, the most profitable and obvious choice for Leslie was real estate – but she had no meager intentions of starting small. She was aiming straight for the top of the food-chain in the real estate game, and to her, this was becoming a part of Sotheby’s International Realty. In her words, “Sotheby’s is the premier real estate company in my area, the country, and in my mind, the world.” Unfortunately, during the time of this transition from finance to real estate, Sotheby’s was not taking any new agents. Ever the tenacious woman, she refused to let this stop her, and instead resolved to join another firm called William Raveis, building her name and book of business. A mere 2 years later she had poised herself as the ideal candidate for Sotheby’s, and when she tried to join again, they immediately welcomed her with open arms.

Earning The Trust Of Successful People

Since joining her dream firm, Leslie McElwreath has forged a sort of niche real estate kingdom in Greenwich Estates. In the face of increasingly destabilizing conditions in the real estate market, she has sold numerous iconic, turn of the century properties, including but not limited to the estate of successful financier Stan Druckenmiller, as well as Mel Gibson’s previous estate Old Mill Farm, and Leona and Harry Helmsley’s estate Dunellen Hall. With grace, finesse, and experience, she has effectively put these high-end properties into new and caring hands. What’s more, she has held the realty crown of Greenwich Estates for the last 2 years, both of which have arguably been the worst years for real estate in modern history thanks to the global pandemic. Suffice it to say that Leslie’s spot as #1 agent in the area and Sotheby’s top ten is more than well deserved.

The Three Unusual Pillars Of An Efficient Team – Jason Elkin

See Behind the Camera With Nima Samiee, a Fashion Photographer