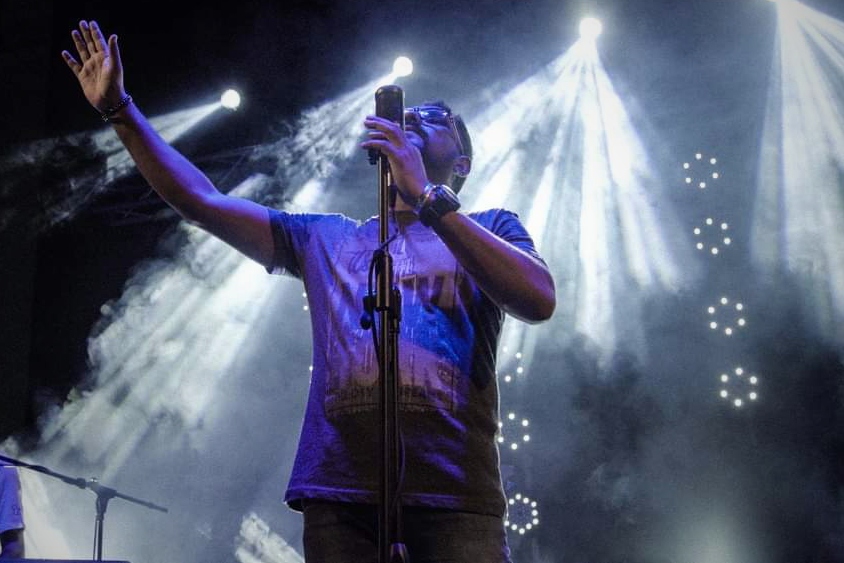 At present, Febiun Thomas is a Sri Lankan songwriter, singer and gospel artist. He is notable for his works Adonai (Sinhala) & Nilaiyaanawar (Tamil). He was recently interviewed to The Madras Tribune, He shared his updates about his new single “Neer Vaendum”.

In Colombo, Febiun Thomas a songwriter and singer has supplied the gospel sound track for a new generation.

Born in Kandy and raised on Tamil Gospel music. His interest on singing started at the very young age of 9.It is easy to hear these influences in his work, but his genius lies in tying many forms of music together to make a sound that is at once familiar and new.

In 2017 he collaborated with Christian Revival Crusade in an album called “Iraiyial (Lyrical Theology)” by singing a song “Um Settaikul”.  He first gained widespread notice for Adonai, A Sinhala Gospel Single (2019), then branched out into various song and has succeeded in making Gospel music a global phenomenon. He has worked with Music Composer Dileepa Liyanage who is famous for his song “Me Rata Mage Rata”.

Later, he was working as a business development manager in a software company in Doha, and then he came to Colombo in 2016 and started doing ministry .

In December 2020, he released his Christmas single “Paeroli” written by by his wife Jacqueline,
which expresses the birth of Christ as a gift to this world.
At present, Febiun confirmed the release of his single on 5th May 2021. It was originally written and produced by Kim Walker. Febiun recently updated on Facebook about working on this song.

On asking Thomas about the song he says,
When I was preparing to lead the English worship I went through “I need you more” by Kim Walker, the song touched me a lot, so I thought of rewriting the song in tamil”.

On speaking about Pastor Robert Roy he says, “He is one of my mentors and was an inspiration for me to be a great worshipper than a worship leader, so I thought it will be a blessing if he sings with me”.

Febiun believes this song will be a “blessing and touching many souls”.

Previously, he has done a few Sinhala versions of Tamil songs and Tamil version of English songs and compiled them in an album “Shekinah” which made more well known in the gospel music industry.
Asking about the story behind the album he says, In 2011 his friend Dileepa invited him to his studio for testing a new plugin, Dileepa found the hidden talent of Febiun which is singing. Finally they came out producing “Shekinah” and releasing it in 2012.

Deri Lorus is an Indian musician, singer/songwriter and author.