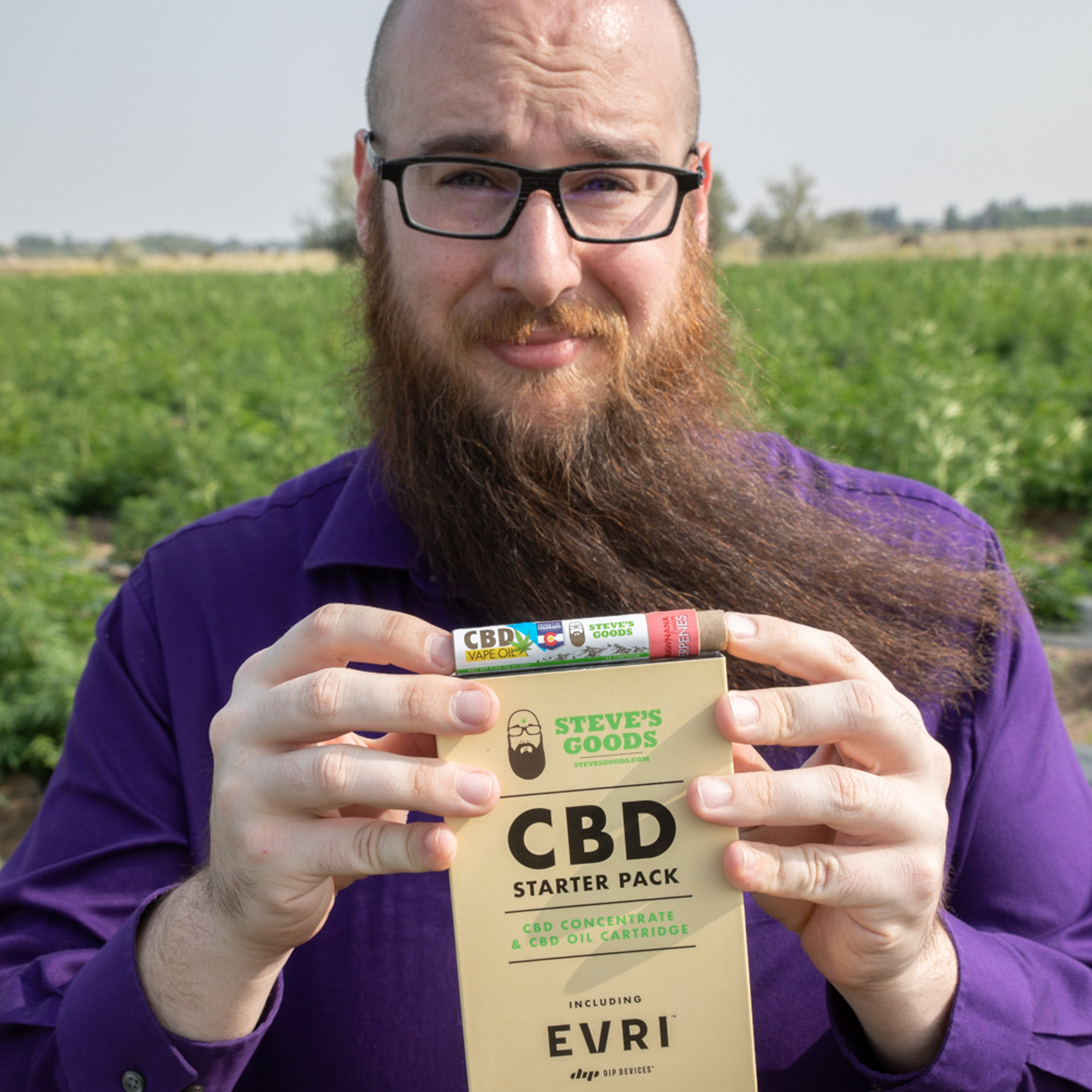 Steve’s Goods started in 2016 based on the simple concept of spreading education about hemp and CBD products. Since CBD has drastically blown up in the last several years, there has been an influx of people wanting to test it out- but not knowing where to start. Steve’s Goods thrives to provide accurate and helpful information, and high-quality products. One of their products that sets them apart is their CBD to CBG 20:1 Oil.

CBD works by interacting with our body’s endocannabinoid system. The body produces two receptors: CB1 and CB2. CB1 receptors are present throughout the body, particularly in the brain. They coordinate movement, pain, emotion, mood, thinking, appetite, memories, and other functions. CB2 receptors are more common in the immune system. They affect inflammation and pain. CBD binds to the CB1 and CB2 receptors to produce the desired effects.

CBD has been known to provide relief for a variety of mental illnesses like anxiety, depression and post-traumatic stress disorder. It is also commonly used to help get better sleep, and relief from physical ailments.

CBG (short for cannabigerol) is also a non-toxicating cannabinoid found in the cannabis plant. CBG is less common than CBD and has been studied less. This is partly due to the fact that it’s so limited. Cannabis strains ordinarily contain very little CBG, often below one-percent by weight. It takes thousands of pounds of biomass to create small amounts of CBG isolate.

Although there has been less research done, it’s been found that the main potential uses of CBG are anti-inflammatory. This could help aid in symptom relief of diseases like Crohn’s, IBS, and glaucoma. Like CBD, CBG also works to fight pain and nausea.

Steve’s Goods 20:1 CBD to CBG oil is the holy grail of CBD oils. They found that the added CBG gives the CBD a longer lasting effect. For every 20 milligrams of CBD in the bottle, there’s one milligrams of CBG.

Their CBG Oil is among the strongest in the marketplace. It’s made with a THC Free Distillate so you get the benefits of CBD, CBG, CBN, and CBC with zero-percent THC.

Their 20:1 ratio provides a well-received potential tool to ease suffering. Research shows that isolated cannabinoids can directly target specific issues, so when they’re taken together, the compounds enhance each other’s benefit and work better. This is also known as the “Entourage Effect.”

CBG works directly on your receptors. Meanwhile, CBD stimulates the enzyme that produces endocannabinoids. According to users, CBG by itself can induce drowsiness, while CBD alone has an energizing effect. So, when they’re used in a blend, the experience is more balanced.

One of the best parts of Steve’s Goods 20:1 CBD to CBG is the flavoring. They come in four delicious flavors: pineapple, watermelon, blueberries, and pure hemp. Their customers rave about their purity, potency, and power.

Steve’s Goods prides themselves on sourcing the highest quality ingredients. That’s why they produce their products in Colorado. The state’s agricultural program performs spot-tests of hemp plants while they are still in the field to check THC levels and will investigate the potential use of any illegal pesticides based on complaints.

The effectiveness of any CBD product is directly tied to the source of its hemp. That’s why Steve’s Goods has set rigorous standards for the hemp used in its oil tinctures and maintains complete control over its supply chain from seed to sale.

They also test every CBD batch produced and can provide the documentation upon request.

Steve’s Goods have made it their mission to educate and inform people on the hemp industry while providing high-quality Colorado CBD that will bring you relief and allow you to enjoy life the way it’s supposed to be.