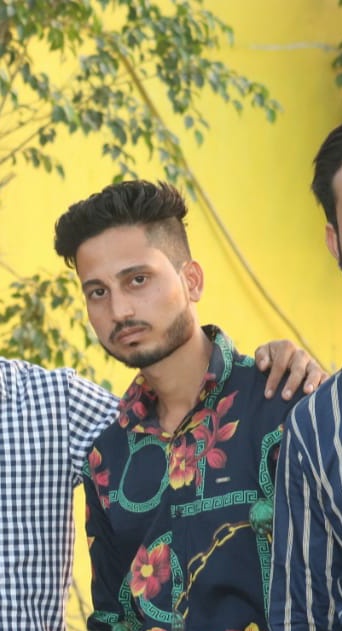 Juned King is a very famous Music Artist Influencer and, Entrepreneur. He was born on 06 July 1995 in Faridabad. Juned King was very fond of music since childhood and his parents also supported him a lot. He is very close to his father and his father wanted him to make a career in the music industry.

On the advice of his father, He started his music career in 2010, initially Juned King had to face a lot of problems. But he thought it better to fight and learn from his troubles and move forward and these things made Juned King a strong person. Finally the day has come when he released his first song on 20th May 2021 which went famous as soon as it was released.

In the beginning, the people around him were also very jealous of him and humiliated him, he gave the answer with his success and today the same people used to come to him to ask for work. But he did not get angry with anyone and he never paid attention to those who did his evil and kept on achieving success.

Juned King has become a well-known name in himself and many people follow him on social media and like his work very much. He also loves his fans as much as his fans do to him, he says that if you do not have fans, then you will not be either. Juned King is a down-to-earth person who never considers himself a small or big person.

Juned King Influences People Through Social Media With His Work And teach people how to earn money on social media and from where and this is what their people like very much. Earning money is an art and which Junaid King knows well and teaches others also.

Juned King says that what you want to be, become what you are interested in, not what the world wants you to be, don’t listen to the world listen to your heart and keep moving towards your destination and don’t look back because time is ours.

JayQ The Legend And His Release Amazing Girl: A Song To Appreciate Women