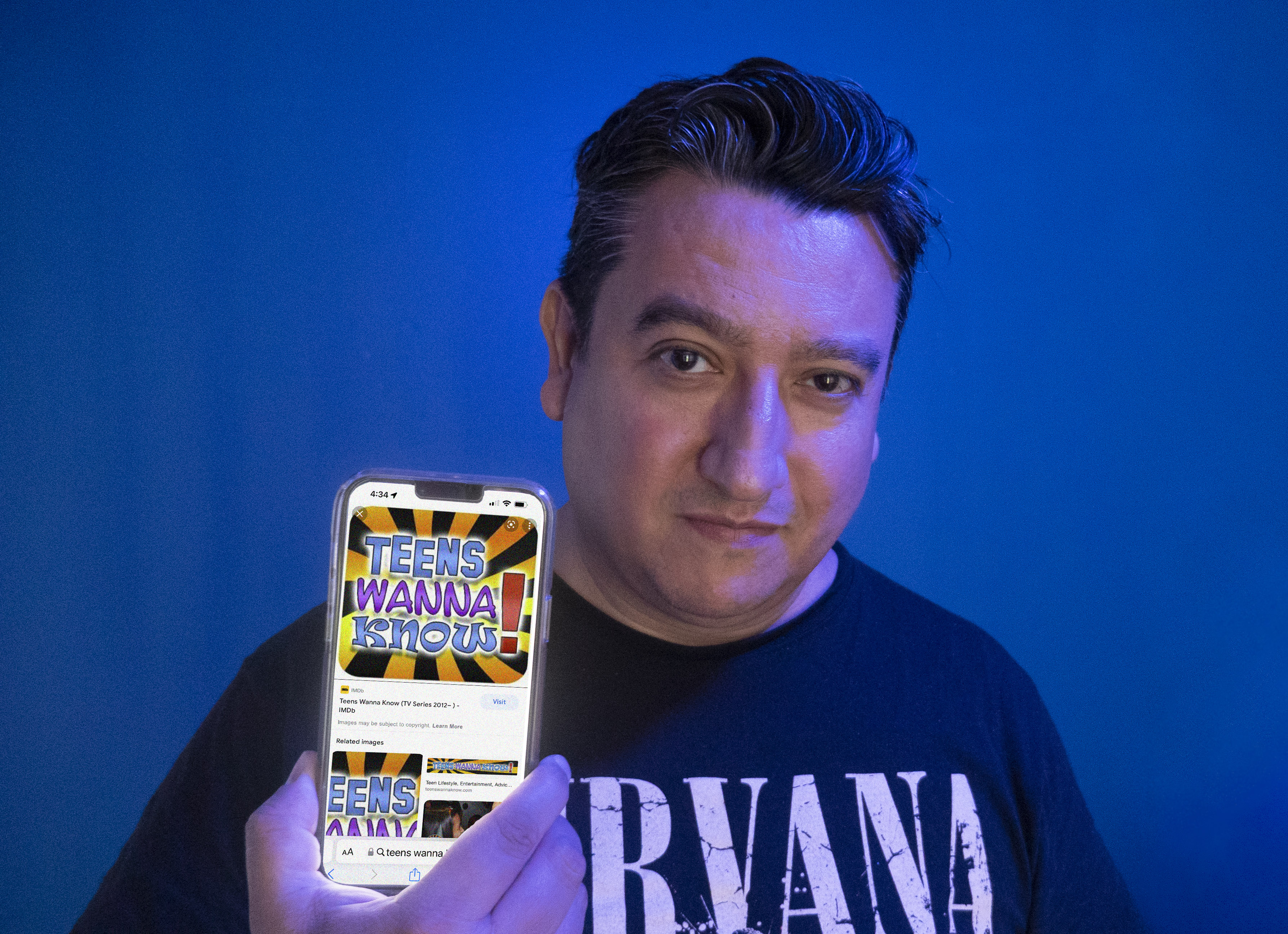 13 years ago, Willie Pena and his family moved to Los Angeles to give his three children the opportunity to pursue acting careers. As a way to gain industry exposure and practice their skills, Pena arranged for his children to begin interviewing other young and emerging musicians and actors. Soon, this Cuban-American family was being invited to major red carpet events, such as the Writers Guild Awards and PaleyFest. They have interviewed some of the biggest names in entertainment, from veterans such as The Godfather director Francis Ford Coppola, late comedian Robin Williams, and rapper The RZA to today’s hottest social media stars.

What began as a family project has grown over the years to become Teens Wanna Know, one of the leading voices for young stars and aspiring artists hoping to have their story told. Launched in 2012, it has been a passion project for Pena, whose children have since grown and moved into other careers. Still, he runs the media site, providing opportunities for the next generation of influencers, actors, and musicians.

One of the keys to the success of Teens Wanna Know is Pena’s unique ability to leverage social media, connecting with some of the world’s biggest teen influencers to report on new trends, highlight emerging artists, and provide industry exposure to future stars.

“We have a very loyal core group of influencers that we are connected to,” Pena says. “While other people that try to reach these influencers have to go through their agents or managers, I just reach out directly and say ‘Hey, it’s Willie. Want to collab?’ Having that personal connection has allowed the brand to grow through word of mouth and we are very well-regarded among influencers and publicists both.”

By connecting with influencers and trend-setters across the industry, Teens Wanna Know stays on the cutting edge of what drives the market. They routinely publish content exclusively for their teen audience, and because of their Hollywood connections, they provide an incredible opportunity for aspiring actors and musicians to gain critical exposure online.

“We provide coverage for events, and we cover new music releases or an up-and-coming actor, and because we work with other influencers and PR agencies, we attract attention for these people, and then it gets blasted out,” Pena says.

“It has become a very affordable way for them to get out into the public eye.”

Pena writes many of the articles himself, conducting in-depth interviews for featured articles. Young artists have the chance to share their story as well as current and upcoming projects. Teens Wanna Know also features the highly popular 5 Fast Facts, a quick-hitting interview style article that gives fans important and entertaining background on their favorite stars.

“The 5 Fast Facts, as you can imagine, are easily digestible, very popular, and highly shareable content,” Pena says.

Teens Wanna Know also features general content on topics that appeal to their core audience. Their “New Music Blastoff!” section is a playlist of the 50 hottest songs in the industry, updated each week. Pena and his team continually keep their finger on the pulse of the trends that shape the entertainment industry, making them a trusted voice and leading resource for artists and their growing fan bases.

After guiding his children through the industry during their younger years, Pena sees the incredible value that Teens Wanna Know provides for both entertainers and fans around the world. Because of this, he plans to continue expanding their content, always with an eye on helping emerging young stars gain traction within the industry. Not only that, but he plans to extend his offerings to brands, such as clothing and lifestyle stores, that want to reach this lucrative and influential market.

It has been a project 10 years in the making, and Pena has no plans to slow down any time soon.

“Seeing that we are helping people with their publicity and helping them build their career and their success means a lot,” Pena says. “There is satisfaction in seeing young people grow, and to be part of that growth is personally rewarding.”

To discover how you can be featured in the next edition of Teens Wanna Know, visit https://teenswannaknow.com/get-featured-on-teens-wanna-know/.