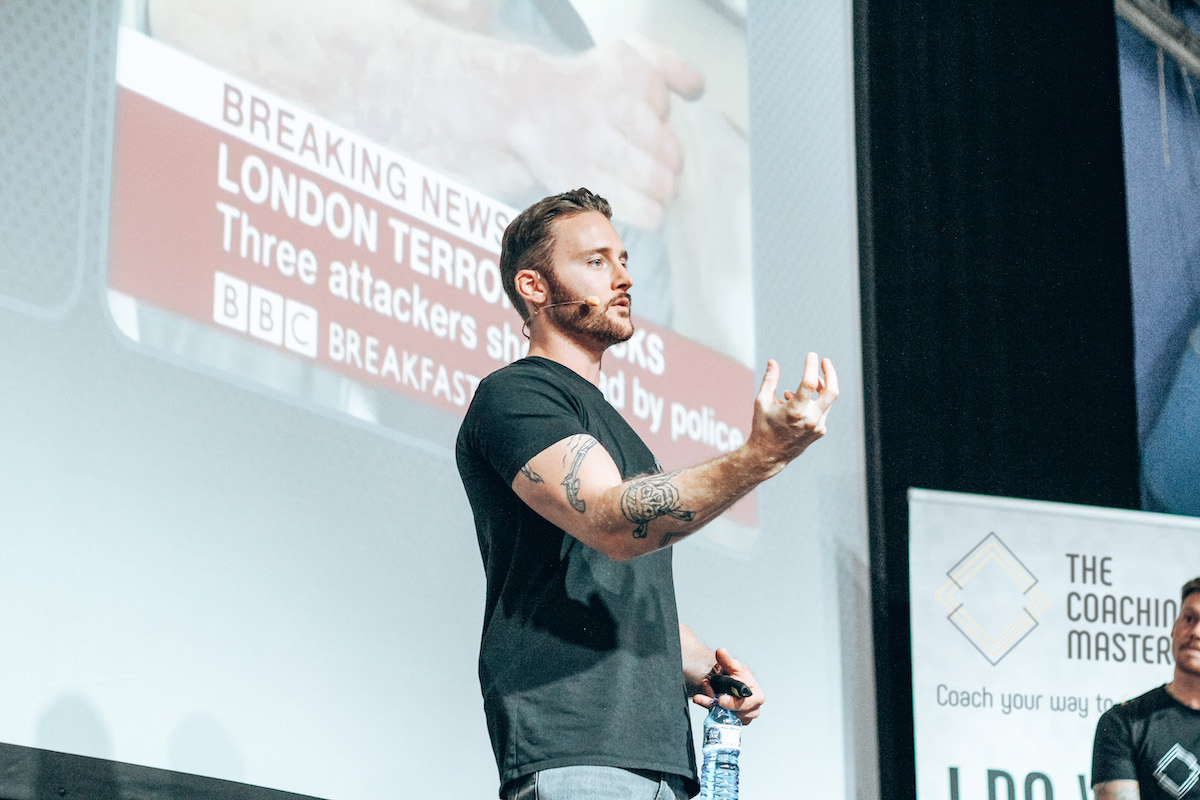 Change and transformation of any kind must start from within. While many of us have fallen victim to seeking liberation outside of our own selves in the past – only to realize it leads us further and further from happiness, it only takes a single courageous decision to choose to improve your mindset and consciously shift your perspective on any future situations as they arise.

The Coaching Masters is an interactive online training platform and community for coaches and aspiring coaches and has fast turned into a 7-Figure Coaching Giant, helping people to uncover their values, purpose, and gifts.

The brainchild of Liam James Collins and Lewis Raymond Taylor, The Coaching Masters mission is to provide ordinary people with extraordinary tools to create freedom for themselves and others. Co-founder and COO Liam James Collins shares how the company got started and its plans for the future.

Liam was still feeling the pain of losing his father and uncle when he met Lewis for the first time. The pair had messaged back and forth on Instagram a few times before they met up for a coffee in February 2019.

“We originally started talking because at this time, it was unusual to see another young, vibrant and successful coach. Lewis was pretty much the only other young man in the coaching space that I knew of, and vice versa. So it only made sense that we met up.”

From the first moment Liam and Lewis met, they knew they would merge their businesses and create one super coaching organization. This is how The Coaching Masters was born.

A couple of days after meeting, Liam and Lewis were both sitting downstairs in Costa Coffee by London Bridge, and they had mapped out their entire business structure. It was then that they decided that they would create a 12-week mega coaching accreditation course to qualify people as coaches.

They started out with just one course. The very first time they launched this course, they made $17,000. Liam and Lewis immediately reinvested this $17,000 into their business and started focusing on establishing their course for a second time.

From idea to 7-figure online academy

Since that momentous day in February 2019, The Coaching Masters has fast become a 7-figure online coaching academy generating over $200,000 per month and $1.8M per year in online course sales.

According to Liam, “The Coaching Masters have trained and qualified thousands of coaches from 47 different countries across the world. We are the only end to end solution for coaches in the world. Meaning, we are the only organization that exists to help people become coaches, grow their coaching business and create passive income from creating an online course. A lot of other organizations give you those pieces individually, but The Coaching Masters offer it all.”

A significant part of the structure of the business is helping locals and giving back. The Coaching Masters have recently opened a coffee shop, and co-working space in Bali called Cafe Coach. They also continuously give charitable causes, hand-delivering food to food banks, supporting children with cancer and volunteering at dog shelters.

The company is currently exploring collaborations with some of the biggest names in the coaching, mindset, and business world.

A Cut Above The Rest: Franklin Plastic Surgery – Built On A Foundation of Trust

Kelly Wing is the founder of Ohwabisabi Media, a media company that serves to amplify the voices of next generation leaders and company founders who are set to leave a lasting legacy. Ohwabisabi.com is a media publication where conscious creators and industry thought-leaders share their unique message, teachings, and stories with a growing fan-base from around the globe. Kelly is also a contributor to Entrepreneur Magazine, Influencive and has been featured in Entrepreneur, Business Insider and other notable press outlets.