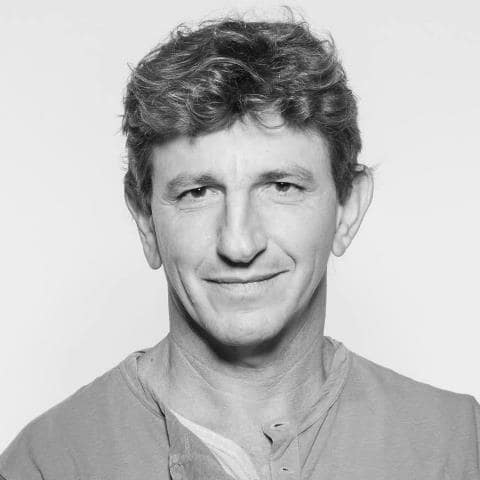 The Birth of Resilience

Many 18-year-old people are pondering their next steps. It is education for some. Others start to look at finding a partner and building a family. Rami Beracha, an entrepreneur from around the world, was drawn to the IDF because of the chance to serve as a paratrooper during the Lebanon War. In the Lebanon War, he was trained to be a paratrooper and received an officer’s command. Beracha participated in a rescue mission to help soldiers who were injured by a landmine. His right hand and leg were severely injured when he stepped on a landmine while on duty.

Beracha experienced a severe depression during his time in a military hospital. The struggle to recover became more difficult as Beracha’s mind began to spiral downwards, searching for a new identity. That was when something in his soul triggered a response, and a new passion was born. Beracha determined to persevere despite losing a promising military career. He started to work harder to heal more quickly. When he finally got out of hospital, he started to take up sport, including snowboarding and cycling. He was even allowed to climb Mount Kilimanjaro.

Motivating Drive is the result of resilience

Beracha has always believed that everyone who pursues a dream should be patient and take time to make sure it is right before moving forward. To achieve success, there should be a unique mix of passion and self-belief. Without this, you won’t be able move forward in your business ventures. The ability to change is the same. Even if it’s scary, you can change sooner than losing money or time on something you are not passionate about.

Beracha lives proof that this philosophy is true. He completed his military service and then went on to earn a law license. Beracha did not want the same lifestyle and outlook that he was offered. He decided to leave New York City and move across the pond, to France for an MBA.

This decision was the one that led Beracha to Pitango, Israel’s largest and most successful venture capital fund. It also provided fertile ground for Beracha’s new education. Beracha was appointed managing partner after just a few short years. This position allowed him to invest with over 200 high tech startups. Many of these Israeli companies went on to become international brands like Marvel and Microsoft.

His career development never stopped Beracha’s love of outdoor sports. In 2008, Beracha traveled to Panama to practice his love for kite surfing. He was able to create a system that allows him to use adaptive prosthetics, so he can surf the waves the same way as a professional.

Beracha shares that “at first I was very angry after being hurt.” “But over the years, my anger subsided, and I was able to accept it. The knowledge that I will have to work harder than anyone else because of my disability will encourage me. It will also make life more interesting and difficult. Every kite surfer will remember the moment they stand on the surfboard. It’s even more exciting if your hand and leg are missing.

It’s amazing to see this incredible background, but what does that have to do for Covid 19, you ask? Beracha has created a unique skill many could use in today’s global pandemic response. Despite some of the challenges faced in recent months and years, there are many opportunities to grow and develop.

Beracha proved this to be the case when he embraced his “never-give up” spirit and started two new businesses during one of most difficult global economic times the world had seen. This is a testament the many life lessons Beracha learned, and one that many people should emulate. Every new situation is a chance to start over. Covid is just one of many challenges that entrepreneurs will face in the future.

Beracha along with two young partners created a new VC Investment Fund called Eden Block after years of promoting Israeli high-tech industries. The fund and its associates will be looking to invest in companies that innovate in Blockchain and cryptocurrency fields. This will help push the world into the digital age.

“I see great potential in the field Web 3.0. The young generation that is now in the field of Web 3.0 saw it first, so I decided to team up with two experienced and seasoned members of this generation and founded Eden Block.”, says Beracha.

“The future does not need to be grim. We can choose to change and create new solutions to problems which are temporary in the grand scheme.” Beracha is the proof of this human potential and promises to continue his quests with many more.

7 Essential Points on How to Wireframe Your Core Presentation