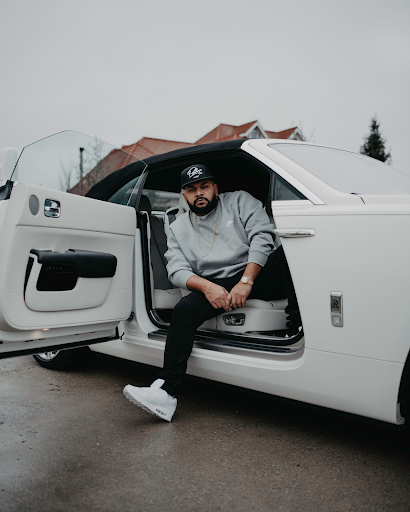 2020 brought new challenges that business owners and entrepreneurs could never have foreseen. Over the last year, many businesses have been forced to scale back or close their doors entirely. Although one can never truly know what the future holds, there are multiple ways in which entrepreneurs can protect their future. According to Ali El Gamrini, serial entrepreneur and founder of 4 successful companies, having multiple income streams is one of the smartest moves an entrepreneur can make.

A decade ago, Ali El Gamrini was beginning his first business venture. Born in Dubai, UAE, he moved to Queens, New York at just 13 to live with a relative. A few years later, he and his family moved to Ontario, Canada where he attended high school and eventually college. Gamrini quickly realized that a traditional career path wasn’t the right fit for him, so in his mid-twenties, he founded his first company, Pushers Collective. Previous to this, he had some experience in the music industry, so he had access to a network in which he could promote his merchandise. Before long, he was facilitating events and inviting celebrities to attend and represent his brand.

When he sold out his first event, he began to realize all the potential the nightlife industry had to offer. Eager to diversify his portfolio he decided to develop the empty top floor of his clothing warehouse into a nightclub, his success was nearly immediate. The next few years were challenging, as he navigated an entirely new industry, but his efforts paid off and soon his nightclub, Blanche Lounge, had become the hottest club in Windsor, Ontario. For many, two successful companies would have been more than enough, but still, Gamrini was hungry for more.

“I’m always keeping my eye out for new opportunities, I don’t settle, and it’s paid off,” says Gamrini.

When the opportunity to take over a popular Instagram meme account came Gamrini’s way, he leveraged the page as a means of driving traffic to his e-commerce store while also bringing in additional revenue through paid brand deals.

His next opportunity came in the form of a real estate venture. After speaking with a successful builder friend, Gamrini was intrigued by the prospect of building a home. He spent the next several months researching the home building process and learning all he could about the industry. Before long, he was ready to build his first luxury home, which he sold before building a second home. By this point, Gamrini had developed both a passion and affinity for buying homes. In early 2019, he founded Gamrini Homes and Construction and began to expand his portfolio to multi-family units and buying and flipping single-family fixer-uppers. Little did he know, this was amongst the wisest business decisions he could have made.

While COVID-19 wreaked havoc in the hospitality and retail industry, real estate is booming.

“I am so fortunate that I had multiple income streams because when we were forced to temporarily close the nightclub and our brick and mortar stores, I still had a flourishing real estate business,” Gamrini explains.

This has allowed him to continue planning for the future of his businesses without fear for his financial future.

However, in the beginning, Gamrini’s approach went against the advice of many other entrepreneurs. When he was just starting out, multiple friends and family members advised him to focus on what he was doing and not be distracted by the next best thing. Had he listened to this advice and focused exclusively on one industry, Gamrini might be in a much different place now. Fortunately, he trusted his gut and relied on common sense in his business ventures.

Gamrini’s advice to aspiring entrepreneurs? “By diversifying your income streams into multiple different industries you protect your financial future,” Gamrini explains. “We don’t know what the next few years hold, so it is always wise to have your hand in multiple different things. Think beyond the here and now, and your future self will thank you.”

After an upbringing of many challenges, this man chose “winning” as his option and went ahead in creating milestones both as a fighter and a driver.