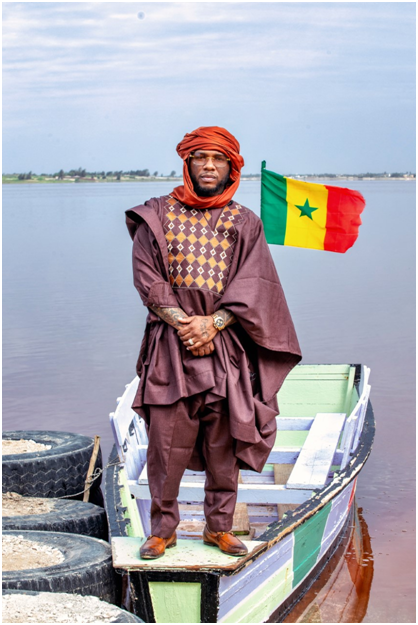 If you want to talk to Minister Yahdan Yada, the Founder and CEO of The World’s Greatest Rejuvenation and Yadalo Group SA, you are just as likely to find him walking through the Amazon in South America as you are to see him at home in Atlanta, Georgia. Minister Yada spends more than half the year traveling in countries as far off as Zimbabwe and the Philippines, collecting the plants and herbs that are part of his herbal remedies and products. Minister Yada believes that they are an integral part of his own philosophy of self-love and that they have the potential to bring healing to the body and mind.

“Nature is the ultimate healer,” Minister Yada believes. “When we put plants and herbs into our bodies and avoid pollutants and preservatives, we are detoxing our lives and living cleanly. It has made a tremendous difference in my life, and I started The World’s Great Rejuvenation to help others experience the same possible benefits.”

Minister Yada turned to plants and herbs at a time when his own life was spiraling out of control. As a child, he was abused and neglected, and he faced the pain of being fatherless.

“I emerged from my childhood with almost no self-esteem,” he recalls. “My mind was full of dark thoughts and lies about myself, keeping me from seeing my true potential as a valuable human being. As a result, I continually under-performed professionally and was in toxic relationship after toxic relationship.”

The self-hatred, Minister Yada reveals, was an assault on his body, which weakened so much that his liver began to shut down. “We don’t realize how important our thoughts are until we stand on the edge of a precipice, where we must decide whether we are going to go in a different direction or continue on as before,” he says. “Very fortunately, I decided to walk in a new direction and see where self-love might take me.”

While his life did not magically improve overnight, by embracing positive truths about himself, Minister Yada got out of his own way. “I began to actually believe that I was worth loving and that I did have potential. That is when my life began to improve and pick up momentum.”

With a healthier self-image, Minister Yada was freed of the ghosts of his childhood and able to stride forward in confidence. “I started attracting other emotionally healthy people, including my amazing wife,” he remembers, smiling. “I stood straighter, and the real Yahdan Yada was revealed.”

He says he did two other things that have been key to his growth in business and as a person: he began incorporating plants and herbs in his diet, and he tapped into his entrepreneurial instincts.

“What you choose to feed your body is the ultimate form of self-love,” Minister Yada thinks. “By becoming more one with nature and changing what I put in my body, I gradually felt more energetic and realized how healing nature can be. I also discovered I loved business, and I combined the two to create The World’s Greatest Juvenation, through which I have been helping people around the world.”

With his company enjoying success and continued growth, Minister Yada is focusing on its next stage: the building and opening of his luxury health-and-wellness resort in Ecuador.

“This is in one of the most beautiful areas of the country,” he believes. “The mountains are in the background, and the forest is all around us. It is very quiet and serene. I cannot wait to break ground and to open for guests from around the globe.”

Minister Yada’s journey to bring peace and healing to those who need it spans two continents. He is already at work in Senegal, where 75% of families suffer from chronic poverty. “Generational poverty is a curse, and I am using my company, Yadalo Group SA, to break it,” said Minister Yada. “The average monthly wage in Senegal is between 100-200 francs. People cannot build for the future on just 200 francs, so I pay each of my 5,000 employees 100 francs every week.”

Minister Yada plans to expand Yadalo Group SA to multiple countries in Africa and eventually employ thousands of employees and utilize a fleet of hundreds of trucks, which may even become self-automated. “I aim to improve the economy one job at a time,” he said. “More people will be lifted out of poverty. Imagine what they will be able to do then!”

While Minister Yada’s ambition and experience has led both The World’s Greatest Rejuvenation and Yadalo Group SA to become leaders in their industries, he says that he remains at heart passionate about helping people one by one.

“Business is a lot of fun, of course, and I love the challenge of being an innovator and a CEO,” he acknowledges. “However, what good will my success be if I allow it to blind me to the person in front of me? My life cannot be about profits – it must be instead about helping each individual to live a life of self-love so that they can experience a metamorphosis just like I did.”