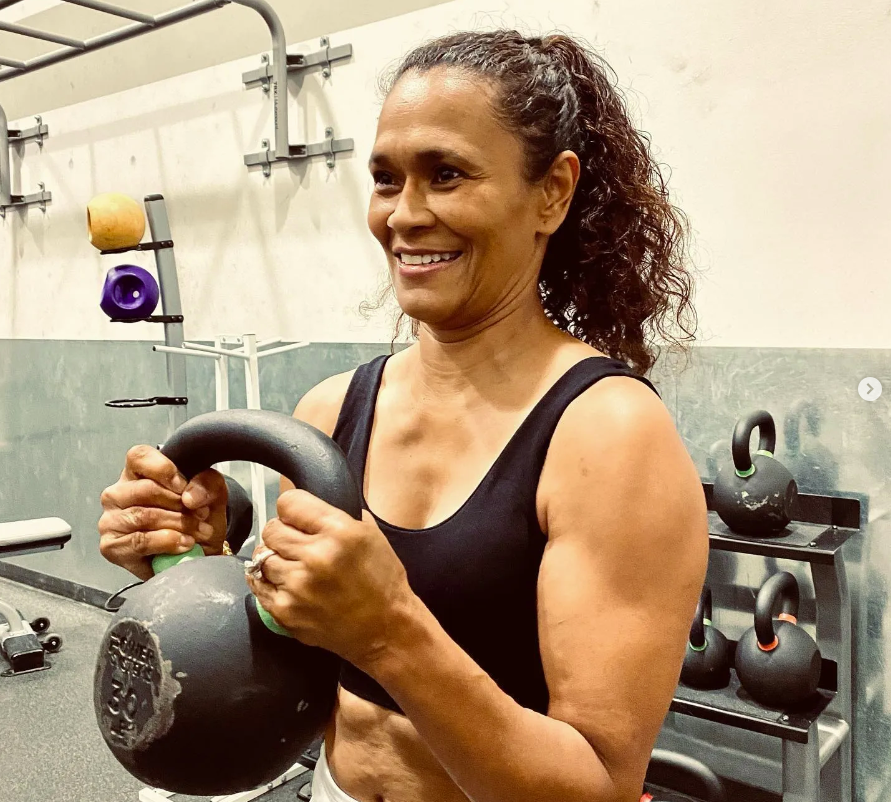 Over the years Carla Winston has managed to incorporate her love for fitness into her everyday life. Winston’s love for fitness began when she was a child, and she spent a lot of her time playing various sports and being a part of various teams.

We spoke to Carla Winston about how her history of physical activity contributed to the development of her fitness Instagram page.

Carla Winston has been a part of many sports teams and activities, however, her main sport was running. “I was always into fitness growing up. I was a runner, I ran a lot, from the earliest time I can remember, up until I started having children,” says Carla Winston reminiscing on the time she spent on the track.

However, what caused her to stop running as often was due to an injury that she received. Carla Winston says, “I’ve always been a long-distance runner, I used to just run and just run and run and run. I felt like I was Forrest Gump. But it got to a point where my knees hurt and I had to have knee surgery that stopped me and slowed me down.”

Other than being a runner, Carla Winston saw many moments of success in other sports as well. When she was 15 years old, she and her friend were able to try out and successfully make the boy’s tackle football team. Carla Winston says, “I was walking across the football field with my girlfriend and one of the football coaches was mocking us saying ‘get off my football field and go over to the cheerleading side where you belong.’ So we looked at him and said, Oh, we’re here for the guy’s football tryouts. We actually ended up being faster than most of the guys and we actually caught the football a lot better than them too.”

Carla Winston also participated in swimming and bowling in addition to all her other activities. She says, “I did swimming and bowling. I was very, very good at bowling, but it was very boring for me as I would just throw the ball and it was always a strike. My family all bowled, we’re all bowlers, but I really excelled in bowling. I almost went pro but instead decided to go to college.”

In recent history, Carla Winston had the honor to successfully participate in the Ms. Health and Fitness Magazine 2021 competition. “I ended up finishing in second place in the semi-finals. So out of 1000s of contestants, we were down to the last eight and I was part of that group. How it worked was you would get votes to win a spot on the cover of the magazine as well as $20,000. So again, out of 1000s and 1000s of contestants, I finished second in the semi-finals which was the top eight people and the finals would have been the top four,” says Carla Winston.

In the end, all of these experiences are what drove her to continue exploring her love for fitness over the years. “I know we’re all busy with life. And I know we’re all totally busy doing things in work, and children in school and families. But we have to also take care of us and our bodies, and that is what inspired me to start my fitness page. To show people that no matter what age you are, you can start working out and you can find some time to live a healthier lifestyle.”

Related Topics:Carla Winston
Up Next