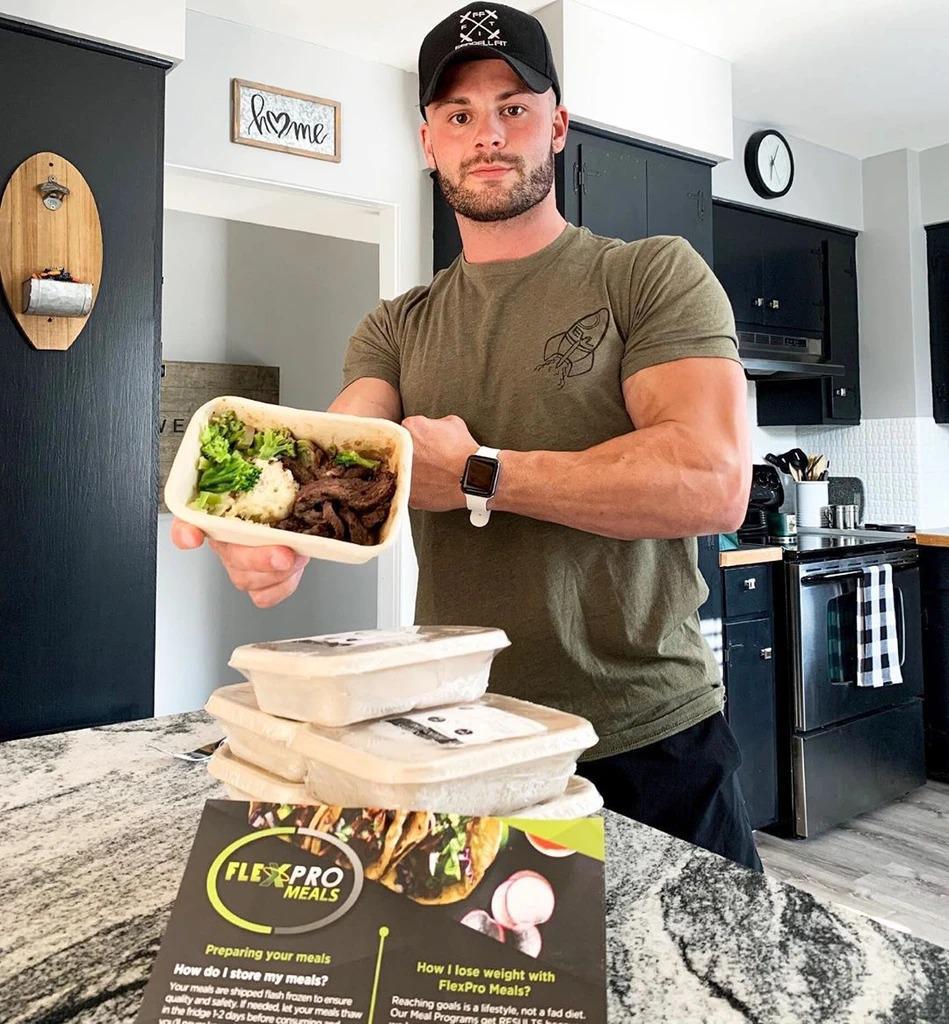 Many currently successful companies have humble beginnings. For Nathan Corn’s business, FlexPro Meals started out as a simple idea. Make healthy eating fast, convenient, and easy to stick to. For many of us, the hustle and bustle of work can lead to shortages in both time and energy— and thus a shortage in options for good food. Rather than spending the resources to shop for and prepare that food, FlexPro Meals makes it easy to select from a wide variety of low calorie, protein-packed, or keto recipes that can last you up to a week. Each individualized meal comes with an easy-to read label for each recipe’s ingredients, calories, grams of proteins, and carbohydrates, with the seasoning already cooked right in. Customers just need to pop the compact meals into the microwave for two to three minutes, and they’ve soon got themselves nutritious fuel to last them through the day.

Aside from the quality of its meals, FlexPro also prides itself on a commitment to developing meaningful connections with customers; and making fans out of potential customers as well. Currently, FlexPro Meals is a 15 million dollar business headed by entrepreneur Nathan Corn and a sizable staff based in Kansas City, Missouri. It’s hard to imagine that back in 2013, the company initially began as an operation run solely by Corn in a local commissary, with the entire enterprise self-funded. But these small beginnings were where Corn learned the value of developing good connections with others. After tasting the initial recipes, the earliest fans of FlexPro began to create buzz, and soon, word spread about how great FlexPro meals were. Thanks to referrals from Corn’s friend network, and continued satisfaction in their products, FlexPro has grown into the large, national business that it is today.

This commitment to customer satisfaction has also helped the company weather the challenges that come with any growing business. While FlexPro meal quality has always been consistent, the same could not be said of FlexPro’s mailing partners. When customers began to report that meals came broken, were delayed, or arrived warm, FlexPro set out to fix the problem quickly, even when such complaints were traced to about a hundred orders out of the thousands that FlexPro ships out daily. Despite increased shipping costs for next day air, FlexPro believes it’s better to eat the cost of a shipping partner’s mistake than to leave customers frustrated. Currently, FlexPro maintains a ticket resolution time of about fifteen hours, and is quick to work out and refund any issues arising from missed, broken, or delayed shipments.  If customers have a problem, FlexPro has made it easy to get in touch with the company through email and social media, and the company is even rolling out an SMS notification system soon.

These implementations are part of FlexPro’s long-term plans to grow. To FlexPro, it’s ultimately about continual relationships over short term profits. Thanks to FlexPro’s self-funding origins, this dedication to personal touch is a core feature to its business model, much like any Mom & Pop business out there. But unlike a Mom & Pop store, FlexPro brings this attention to personal service to a nationwide clientele with thousands of orders coming in each week. In the end, FlexPro’s hope is to be a normal part of people’s busy lives, and believes that satisfied customers will benefit it ten-fold through continued loyalty and referrals.

With DesignBro The Disruption in Crowdsourced Design Marketplace is Imminent

Lovely Roses has the most stunning flower arrangements to surprise a loved one for this Christmas.