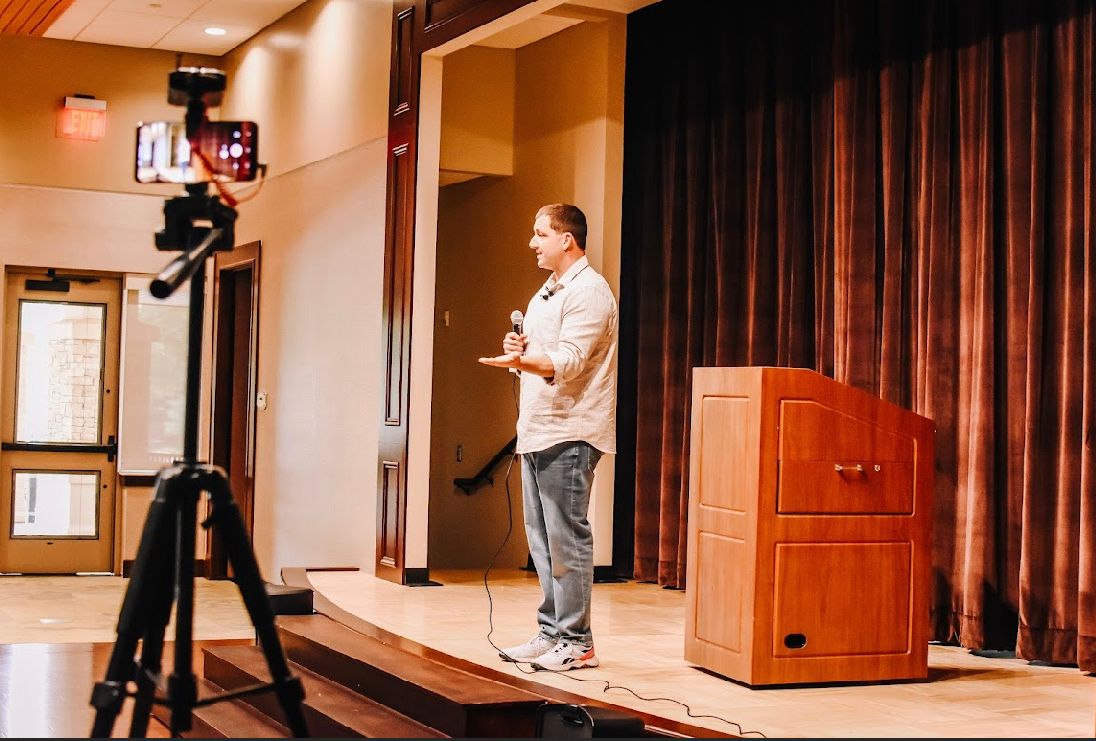 After 20 years in the real estate game, it’s easy to become complacent, blithely repeating the tried and true strategy that carried one on the path to success. But eventually, there comes a time when the fog lifts, and one is faced with the question of what they really want out of life and what it might take to get it.

For Ricky Carruth, a new and unfamiliar role has brought forward a slew of changes, prompting a journey of self-discovery and reflection. But in a time of change, a few key ideologies remain constant for Ricky.

Ricky maintains that the fuel that’s kept him going throughout his career and the reason he’s showing no signs of slowing down is his ability to give back to the community and the responsibility he feels toward the industry. It’s what prompted his shift from full-time real estate agent to free coach in the first place.

His advice is to shift one’s perspective from a money-driven mindset to a volunteer mindset. Avoid the pitfall of immediately trying to buy or sell to someone; directly launching into a rehearsed sales pitch can feel cold and off-putting. Instead, the aim should be to make friends in the business and understand how one stands to benefit them. Find out what they want to do and help them do it, and the rest should happen organically.

The Importance of Personalized and Genuine Conversation

Believing that all avenues lead back to the same nucleus—a unique, sincere conversation—Ricky has forged hundreds of powerful relationships and collaborations with other high rollers through unvarnished communication and personalized weekly emails that ensure his first impression is never forgotten.

According to Ricky, most agents know how to handle objections, turn things around, and close a deal. But this reliance on strategy alone fosters a disconnect between who an agent is as a person and what they convey to prospective clients and partners. Agents instead need to develop the confidence to be themselves and communicate who they are.

For most of his career, Ricky relied on sheer hard work and gut feelings, never following a set plan but never straying too far from his modus operandi. Now, he’s seeking to put more meaning behind his methods, asking himself what he truly wants out of life and how he defines success.

While these questions have yet to be answered, one thing is clear for Ricky: the way he’s been operating up until now just isn’t going to cut it anymore, and the answer as to how to move forward lies in going deeper to understand who he is now as he steps into a new role.

While a more thought-out long-term plan looks to be in the works for Ricky, it all hinges on his still-to-be-completed journey of self-discovery.

Although he could, Ricky Carruth isn’t ready to retreat from the real estate industry, instead choosing to evolve and carry out the difficult task of reinventing himself to fit his new leadership role. If he has one piece of advice, it’s to always keep a fire beneath you even after finding success.

Related Topics:Real Estate
Up Next

A Conversation with Spencer McClung – Principal of Advisory Firm Three