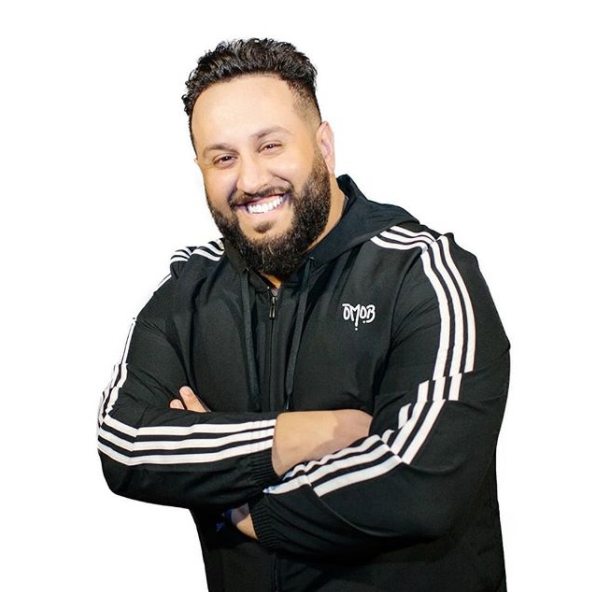 We often think that life is linear. We set a goal for ourselves, find the straight path towards that goal, and begin to work towards it. But, this isn’t always the case once we actually get started walking down our life paths. In fact, many successful people look back at their lives and see a more winding path that got them to where they are today.

Ummer Naviwala, aka “Omareloff”, is one of those people. As a streamer on Facebook Gaming, he now has an audience of over 220,000 — but he never saw himself in this position in his younger days. It was never an aspiration. His winding career path is a tribute to the truth that we never know what’s around the corner, but every experience we have prepares us for what’s coming in some way.

“I began my career by working in the mall in various sales positions, and I found that I really enjoyed talking to people, and finding ways to relate to them. Specifically, I started working for Samsung and quickly was promoted to a full-time national sales manager. Through my experiences day-in and day-out with talking to others, I realized that I loved ‘entertaining,’ and entertaining others while connecting with them.

“As far as I was concerned at that time, I thought that I would work for Samsung forever. In my third year with the company, I started to compete in a game online, called Counterstrike. I enjoyed it so much that I picked up a team that wanted to go pro. We gave ourselves one year to get there, and spent that year practicing and moving up through the league, which I found that I both loved, and that I could monetize the streaming, too.” The team did go pro – and the experience, on the whole, turned what was originally an interest and something he wanted to do for fun into a new passion.

But Naviwala also had another major life goal: to start his own restaurant. “I actually ended up leaving Samsung behind and putting gaming on the back burner to open my own restaurant,” he shared. “I thought I would have the restaurant forever, too – in fact, I had planned out one to two years of financial runway for the restaurant. But on the side, whenever I had a few extra hours, I would still play and stream. I started on Twitch, then moved over to Facebook gaming.”

In the third year of owning his restaurant, his audience on Facebook gaming was growing enough that he was able to sell the restaurant and commit full time to Facebook gaming. “When I look back through the winding path — from cell phone sales to opening a restaurant to gaming and streaming — I realize how much life surprises us,” he remarked.

Tips for Your Life Path

At each point along Naviwala’s path, he thought he was going to be doing what he was currently doing forever. And, we all have a tendency to think the same of our own lives. “I’ve learned that no matter how deeply you dive into something in life that you think is Your Thing, there is always another door to be opened,” Naviwala reflected. “I see now how I picked up skills that served me along the way… all of which led me to where I am today. I needed to have all of those experiences to get here.”

That doesn’t mean that you should view your passions as temporary or just ‘expect’ other doors to open, however. “You can always be fully invested and passionate about what you’re doing, but trust in the obstacles and trust in the doors that can open,” he encouraged. Part of what opens doors is the belief that you’ve found your biggest life passion. And if you haven’t found it yet, keep going! Sometimes we can’t see what’s coming because the path ahead is winding, which means our upcoming adventure is just more in our periphery at the moment.

It’s very hard to go into any project full-steam ahead without having expectations of some kind and what you desire as a result of this chosen path, this could be growing your audience, monetizing the audience, and often times both. He advised from experience to not expect to make a liveable income from the start as he found out when he started his restaurant prior to building his Facebook gaming platform. Building the restaurant, he said, ” I didn’t expect to make a profit for the first two years but making a profit and a liveable income sooner than I anticipated was helpful and rewarding but most importantly going into this, I knew I could focus on strategic choices vs trying to make a quick buck.”

It’s important to realize that whilst your passion project will bring in money, the main key is to focus on being smart so you don’t lose passion for what you are doing otherwise money and passion may become conflated he shared.

For when to know to transition to something full-time… you’ll know. Naviwala shared that he ultimately left his restaurant because his streaming platform was accelerating after hundreds of hours of content creation which was a roadmap he followed to create consistent content and see what happened with zero expectations for his life path.

This Artist is Bringing People Together Through Music: Meet Tom Goss