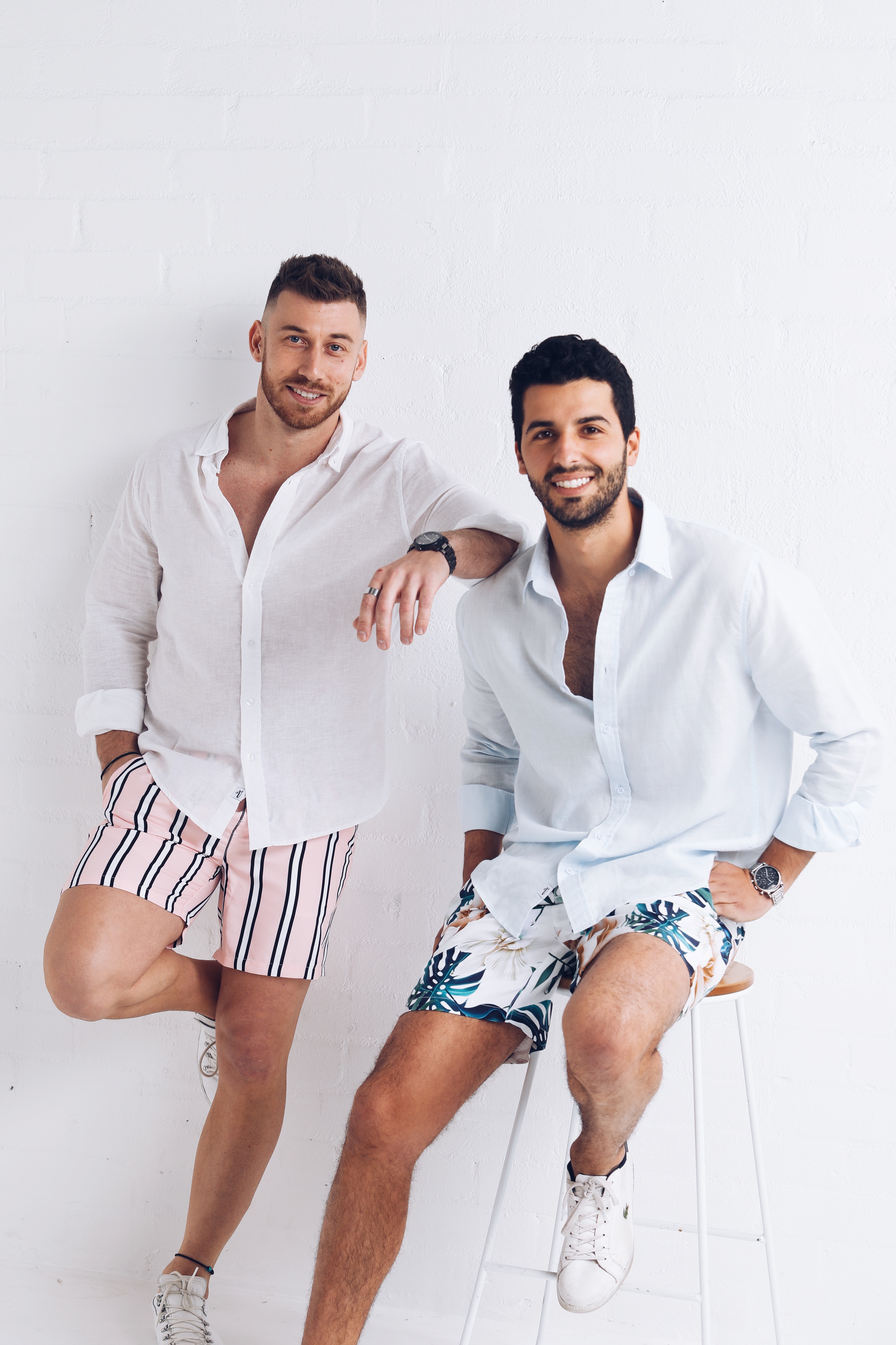 Co-Founders Jordan Kallios & Corey Decandia started the business from the garage at Corey’s parents house. Four years later, and a lot of hard work, Vacay Swimwear is now a multi-million dollar business that is sold globally to thousands of vacay travelling males from a variety of different continents.

The pair said one of the driving forces of the companies fast success has been knowing how to actively target their customer on social media. “The notion that you could always be somewhere sunnier, more exotic, more fun, was the concept we created from the beginning with Vacay, we found our customer loves us for much more than just a brand, but for the lifestyle we promote” Corey said.

Coming Up With The Idea

The idea to create the business was sparked while the pair were holidaying in Europe throughout 2016, where they noticed most of the European men wearing a much more tailored and loud type of swim short — a style that the duo knew hadn’t really hit the Australian market up until that point.

While both founders studied marketing at university prior to starting the brand, neither of them had any background whatsoever in business or fashion design.

‘We had no idea about manufacturing, dress making, sewing or what it takes to run a business, so there was a lot of trial and error at the start,’ Jordy said.

‘But we kept persisting and changing the sample pieces until we made the perfect fit that we wanted.’

Jordy said the product development process took up to eight months to complete to ensure their swimwear met the highest possible market standards.

The $79.99 shorts are quick drying, on-trend and can be worn for any occasion, whether that being at the beach, poolside or at the bar.

‘Our collections take swim and resort wear fashion to a new dimension, with iconic prints that give you the confidence to go from the beach to the bar with your head held high’ Corey said.

The shorts themselves are available in a variety of bright and colourful patterns which can be viewed on the Vacay Swimwear website.

In addition to the popular shorts, the brand now sell t-shirts, 100% cent linen shirts and caps that compliment the shorts and complete the look.

Corey said the brand usually launches two drops per year to cater to both the Australian and European or American summer, and each release features new prints they haven’t sold previously.

‘We were so excited be stocked on a platform like The Iconic, because it was one of the goals we had from the start,’ Corey said.

In August this year the South Australian brand is set to be stocked across 25 David Jones stores – another milestone achievement to date.

Currently the bright swim shorts can also be found in over 60 store locations around Australia, Indonesia and the Middle East.

When asked what’s next for Vacay Swimwear, Corey said they aim to continue to grow the brand internationally in the American and Middle Eastern markets.

Corey added: ‘Knowing that we built the business from absolutely nothing and now the brand is globally recognised is an amazing feeling.’

Tony Gibbons is a Columnist at Disrupt Magazine. With a background in public relations and a strong passion for business, I now share exciting stories of entrepreneurs and how they’re succeeding in their fields!