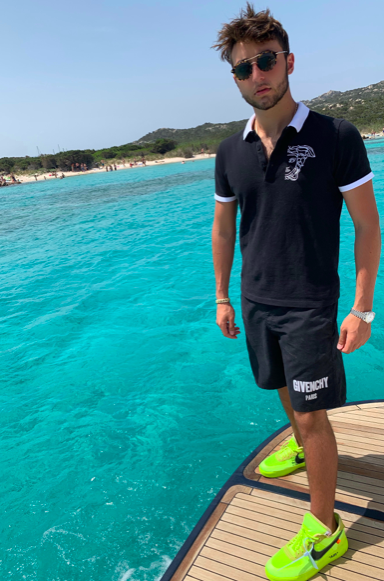 Alec Kesheshian is a frequent traveler, who searches for inspiration from other countries. Recently his clothing line, God’s Dream, has started gaining popularity. Before he was working on this lifestyle brand, he was interested in nightlife clothing.

When and where did such a drastic change happen in Kesheshian’s planned work? The answer is simple- when he visited Italy.

While traveling to Italy, Alec Kesheshian was able to visit the Amalfi Coast. The coast is known as a great place for travelers to gain experience and learn new information about the world around them.

While there, Kesheshian planned on experience the nightlife that the coast had to offer and use it as an influence in his clothing designs. However, Italy instead inspired him to go with a lifestyle fashion line.

The lifestyle clothing line went better with his new ideas and inspirations than the nightlife themes would have. By transitioning from to the other, Kesheshian was able to successfully get his clothing business up and running.

One of the main reasons that Alec Kesheshian switched from nightlife clothing to lifestyle clothing, was because of the influence the country of Italy had on him. While in Milan, Kesheshian was able to sample the many quality fabrics there and work on design flats for his production company.

His experiences in Italy caused Kesheshian to realize the importance and present need for comfortable, stylish lifestyle clothing. This was good, since later the coronavirus pandemic would hit, meaning that people were going outside- and wanted to wear nightlife clothing, much less often.

Overall, Italy had a positive effect on Kesheshian. He wanted to bring their high quality level of work and creating back with him to LA. His lifestyle line was successful on line and later he opened a pop up shop to sell even more of his products.

The God’s Dream lifestyle clothing line came about through Kesheshian’s adventures in Italy and abroad. Had he not decided to travel, he might have never made the change from nightlife clothing to lifestyle products designed to bring people together.

Alec Kesheshian had originally intended to visit Italy to gain insight into their nightlife scene and develop a clothing brand inspired by it. However, he became interested in the countries fabrics, patterns, and textiles while visiting there.

This caused him to feel a need to switch to lifestyle clothing. This transition was a good idea, as his recent spike in popularity shows. God’s Dream designs contain utopian themes that depict ideas from Italy- as he was heavily influenced by his time there.

Kesheshian has stated that he wants to make a lifestyle brand that focuses on bringing people together through admiration for the high quality levels of craftsmanship present in Italy.

In short, you can expect Kesheshian’s lifestyle clothing line to become more popular, as people are staying home more now than ever and want to feel inspired when they reach for something to wear.

Laying out a blueprint for success as a young and rising entrepreneur is Monir Islam.

Vacay in style — how Vacay Swimwear became a killer brand