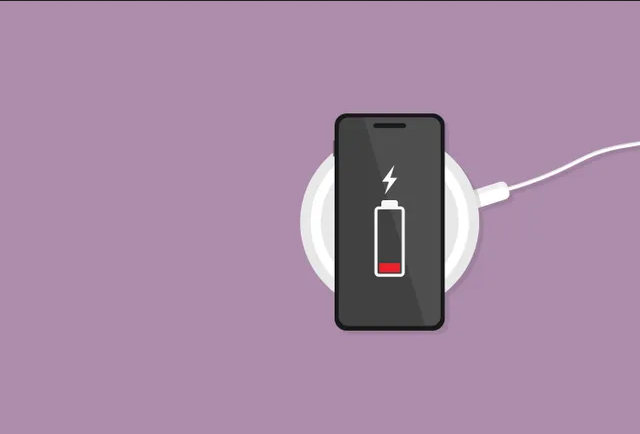 How Exactly Does It Work?

Within your phone, you have an induction coil that’s made out of copper. The charger will contain a similar copper transmitter coil. Whenever you place your phone on the charging solution, the transmitter will generate an electromagnetic field that will be converted into electricity. This electricity is then delivered to the phone battery. This entire process can be referred to as electromagnetic induction.

Both of these copper wires are relatively small in the devices. Because of this, wireless charging has its limitations and it only works over shorter distances. You’ll find that household products including electric toothbrushes and even razers have been using this technology for plenty of years.

While it’s called wireless charging, the charging solution isn’t entirely wireless. After all, you still have to plug in the wireless charger to a wall socket or USB port. What it does mean is that you don’t need to worry about wires with the device you’re actively charging.

Does It Work With Any Phone?

Is It Faster Than Charging With A Wired Device?

No. You will not be able to charge a device faster wirelessly. If you value fast charging above all else, you’ll want to stick with a fast-charging wired solution for the time being. The technology is getting better, but it’s still lacking compared to wired solutions. The majority of wireless chargers only deliver 5W. This is much slower than fast-charging wired solutions. However, some can deliver as much as 10 to 15W. For a 5W wireless charger, you can expect a device to take around 3 to 4 hours to fully charge. With a wired charger, you can expect a 5W charger to take only 2.5 hours to fully charge your device.

As you can see, there is a limitation with wireless chargers. They aren’t nearly as efficient at charging devices. This is true even though the majority of newer smartphones have fast charging technology capabilities built-in. This allows them to draw even more power when they are charging. If you have an older device, it’s likely not going to be able to take advantage of higher wattage fast chargers whether wired or wireless.

Wireless charging has a lot of factors that can influence its effectiveness. These speeds can generally increase whenever the phone manufacturers allow for faster charging. However, they have set limitations that can impact the speed of a charge. These include:

– How hot the ambient temperature is.

– The phone’s battery level when charging.

– The total age and health of the battery.

If you want to ensure your phone is going to charge the battery rapidly, you’ll want to stick to using a cable.

How Far Can The Phone Be To Wirelessly Charge?

While there is a lot of work being done to improve the distance, there are still limitations presently. You will need to situate your device on top of the charger for it to charge. Thus, it can be an inconvenience having to lay your phone down and not be able to use it while charging.

Is It Bad For My Phone’s Battery?

Charging your phone wirelessly isn’t inherently bad for your phone’s battery. Any battery that’s rechargeable is going to degrade over time. It is set to last for a specific number of charge cycles. A charging cycle is the number of times the battery has been run to its capacity. This includes:

– The phone is partially charged and partially drained.

There has been a lot of criticism about wireless chargers and how they make a device cycle through more often. Whenever you charge a phone with a cable, the cable ends up powering the phone rather than the built-in battery. Whereas, if you are doing it wirelessly, all of the power comes from the phone’s battery itself. Therefore, the battery is constantly having to work. This can result in your phone’s battery heating up thus degrading it faster.

However, those that developed Qi Technology claim this doesn’t happen and that wireless charging isn’t any more damaging to the battery of a phone than wired chargers.

To get a clear picture of a charged cycle, you will find that any Apple-branded battery is designed to retain as much as 80% of its total capacity after 500 full charge cycles.

Should I Leave It On Overnight?

Any smartphone is built to be charged without getting overloaded. Thus, if you end up leaving your phone charging overnight, it’s not going to ruin it. It’s designed to charge up to 100% and then stop. The biggest thing to note is that it’s going to continue to pump charge into your phone every time it dips below. This can keep your battery working and degrade it over time. Because of this, it’s not always a good idea to leave phones charging overnight whether wired or wireless.

Do Wireless Chargers Work With a Phone Case?

This one is tricky. There is no strict answer. It comes down to the phone or device you have and the case. If the case is too thick, it may not work. If the case is designed to work with a wireless device, it will work. There are cases for every phone that will work with wireless charging. You just have to find the right one.

Do Vehicle Mounts Get In The Way When Charging Wirelessly?

Some car mounts will require you to place a magnet on the back of it to keep it in place. For these phones, it’s likely to interfere. However, not all mounts have this limitation. Likewise, you’ll find some mounts designed to wirelessly charge your device while it’s mounted.

Can I Use a Wireless Charger In The Car?

You could always install a compatible wireless charger car mount no matter how old your vehicle is. If your car is newer, you may have one built-in. There are plenty of different ways to add wireless charging to your vehicle.

Can I Charge More Than a Single Phone At A Time?

There are plenty of chargers that are meant to charge two devices at once. You can find a lot of them that can charge two phones, a phone and a watch, and even three devices at a time. You simply need to find one that offers you the charging capabilities you’re looking for when buying one. You also want to look at the wattage to ensure it can deliver sufficient power to multiple devices at a time.