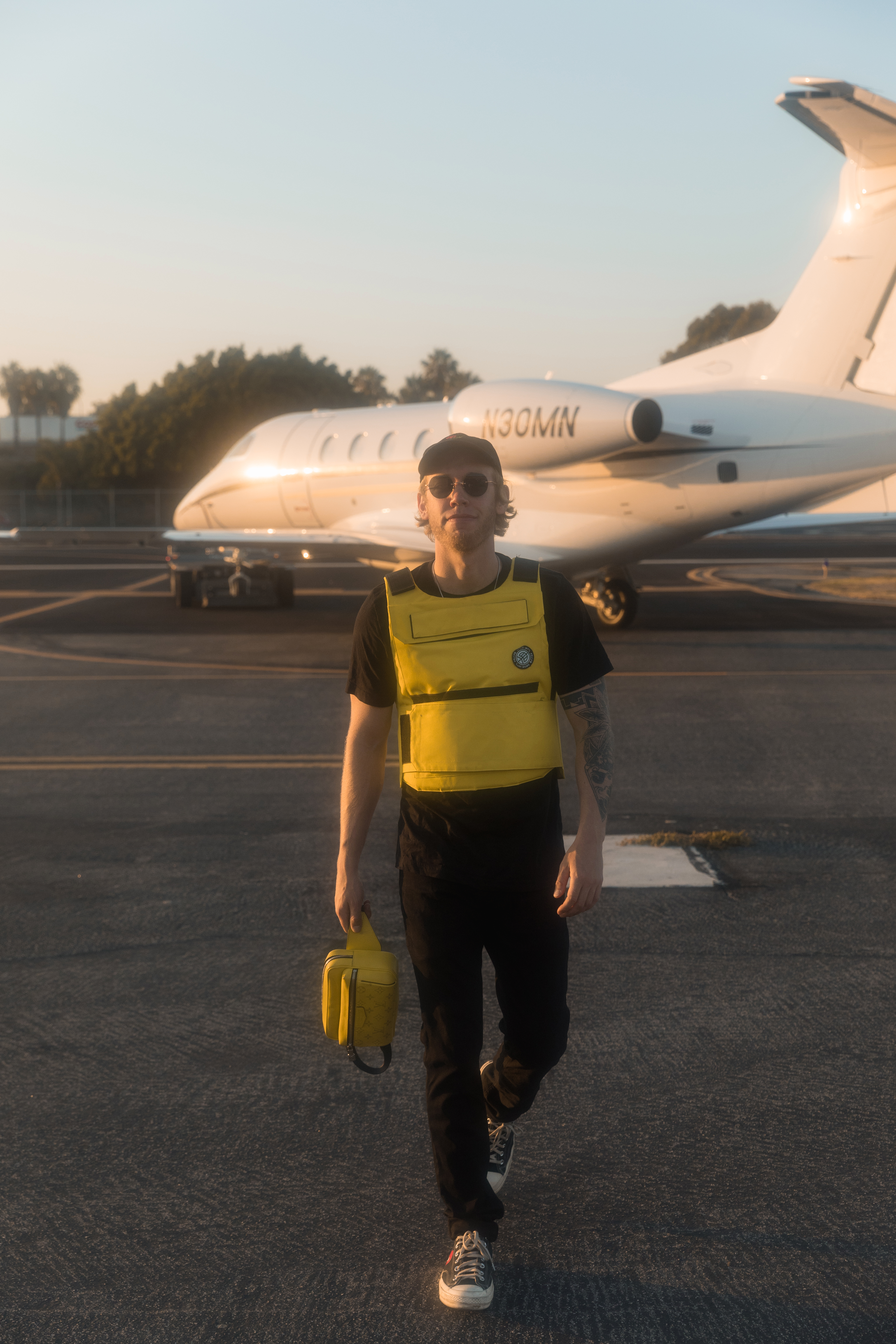 When it comes to the music scene, there’s always new talent just emerging or waiting for their moment to shine. Unfortunately, not everyone’s big break is right around the corner, but there are always those lucky few who manage to garner some positive attention.  One of the newest among these? Wingman: a new LA-based but singer/songwriter whose tracks feel as fresh as their creator.

Finding purchase in one of the most competitive music markets in the world, Wingman has managed to not only distinguish himself from the pack, but to also thrive on it. His music is formed on the basis of big beats, bouncy vibes, and a genuineness that incorporates well with his unique take on electronic/rap/R&B. In the end, it amounts to a sound that feels both familiar yet experimental, fun yet meaningful, and above all, interesting. It’s a music that – just like his debut album’s title – inspires “Weird New Feelings” in all who listen to it.

The consensus is that these feelings are overwhelmingly positive. Casual listeners applaud Wingman’s songs as both “catchy” and “exciting,” ultimately the type of music that can bring about big surprises and make your day just a little bit brighter. In a world feeling the effects of the coronavirus, that seems more important than ever.

And as for the serious critics and industry professions? Even they’re left happy, pointing to his writing as a new energy and natural musicality that is hard to find these days. Wingman’s title track and “Distracted” have received a lot of positive press in particular, but all of his songs have proven to be works showing great versatility and potential. If that’s not a sign of good things to come, we don’t know what is.

Learning How to Fly

Wingman’s compelling artistry and songwriting aren’t the only things that set him apart from the crowd, though. He also has a second love and hobby alongside his music: aviation. Despite never having any interest in the topic early in life, Wingman quickly caught the flying bug after a chance invitation to go up with a friend. According to the artist himself,

“I had never even considered becoming a pilot. I was focused on music and starting to define a sound. I didn’t want any distractions. But the second I was in the cockpit and feel the flight controls, it was over. Sold.”

Wingman had put together the down-payment for his own gyrocopter within the next few years and started chasing sunsets around the country, all while continuing to develop the songs that would eventually become his debut album. Sounds like an odd pairing, but it speaks for itself. Rather than distract from the other, his aviation and music journeys have intertwined to create something truly special.

They’ve enabled him to create amazing music videos, even allowing him to rap in a cockpit far above downtown LA.  But perhaps most importantly, the odd combination has inspired magic in Wingman’s music – a feeling of freedom and possibility that’s palpable and infectious throughout his entire sound. In this way, Wingman’s passions are doing more than just earning him his own wings. He’s inspiring fans to find theirs, too.

You can connect and learn more about Wingman.

Lazaris, The Top Don, Claims The Rap Crown For The South Bronx With His Hit Set to Drop This Month