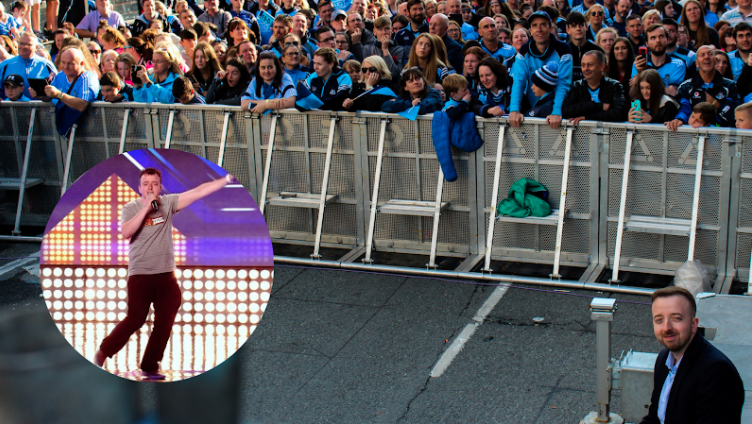 Martin Eastwood is an Irish entrepreneur who has amassed a large audience of followers, fans, and even some critics too. He first appeared in the public eye when he competed on the TV show – The X Factor, in 2012. From the disappointment of that failure, Martin Eastwood has never looked back. He has prospered to the top. Now, he runs multiple successful companies.

Martin is a people person and from observation, it seems he loves nothing more than encouraging others to be better and do better. He regularly spreads positive messages on his Social Media channels, and he has said that he is always trying to help people and ‘’show them what they are made of’’.

In terms of business, he has two primary companies. Firstly, Wide Variety Events was founded in 2015. This company specializes in event services for weddings, parties, and corporate events. The second company is Wide Variety Media which is an agency specializing in online marketing and lead gen. Both businesses are headquartered in Dublin, Ireland.

Martin’s social media presence has been growing steadily over the past number of years and because of this, he has landed himself in hot water by touching on some sensitive subjects at times. Recently, Martin held a poll on his Facebook page regarding the lockdown in Ireland due to the Coronavirus pandemic. Thousands of people voted on the poll and Eastwood faced some backlash for hosting the poll. However, after the results of the poll were published, Martin stated on his website ”I did not and do not intend to give my own opinion on the matter as I do not want to sway my audience one way or the other, However, I do think that the public has a right to know what the public opinion actually is, and I think that this result will shock a lot of people!”.

It seems there is never a dull moment when it comes to Martin Eastwood. From TV shows to successful companies and viral content to controversy, Martin Eastwood is a magnet for interest online and a beacon of hope to millions of people who are looking for a way to turn failures into success, just like he has done himself. Besides these things he is also a wonderful person and people must know about him and learn from Martin who wants to be successful in life.