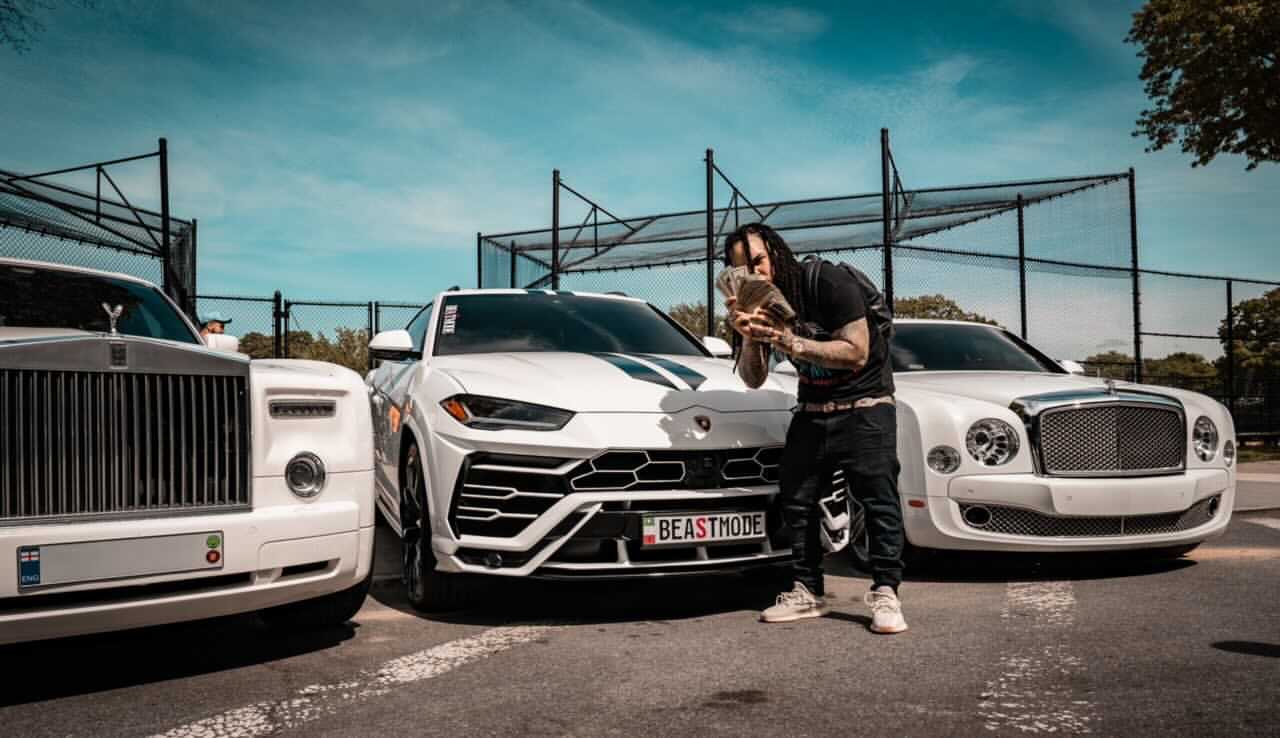 THE BIG BAD WOLF, X, Alexis R. Gallardo Jr, musically known as XDOLLAS, built his sound and aesthetic in the heart of Bronx, NY from the ground up officially in 2019. Like other artists from New York, X shares a unique rhythmic scheme in his beats and lyricism that incites the soul and invokes introspection in others that live somewhere in the world within a city like his. Like in Jay-Z’s hit song Empire State of Mind says “In New York, concrete jungle where dreams are made of.” Countless artists have come up in similar settings on the streets of New York and it is / always will be, a musical melting pot of talent.

The Interview: Where Did It All Start & What’s Setting You Apart?

Humble beginnings, back in the day, X found himself listening to instrumentals with friends just having fun free-styling as something to do for entertainment. It later led him to his career as XDOLLAS right now dropping new music on the regular. X says that he’s known for “bringing life to the party…” amongst his friends and feels that his style is really universally accepted amongst all music lovers of any genre. As far as standing out, he takes pride in his unique appearance and tattoos really making him memorable and stick out in the minds of his fans.

X says that his lyrics are intentionally relatable to people growing up in cities like his in the Bronx, anyone that understands the hustle, and anyone that believes in success and motivation being the ultimate destination. XDOLLAS remains rooted in his New York upbringing not forgetting where he came from always bringing that style and vibe with him. He says that a lot of his music is: “Based on real and personal experiences it’s not story telling NO CAP.” I feel that this why X has such a relatable musical appeal to his listeners because he’s not trying to be like every other rapper talking about stuff that 90% of the population can’t actually relate to.

Lately X is working hard in the studio dropping bangers that are trending across the web right now, THE PLUG ft. BUBU 35 namely is seeing serious play and is becoming a favorite amongst his fans right now. The entire Welcome To Wolf Den Mixtape is available right now for you to check out as well, with music video COTTON CANDY dropping soon. Stay Tuned.

Starting out especially in the music business can seem like an impossible feat to some. Make it to the top to get signed by a huge label or big enough that you make your own label. Needless to say, he’s come a long way already. I asked, was it easy to build your career to where it is today? What have you learned since it all begin that you think is most important for people to know? X said “No not at all. I began and still am doing everything on my own. I invest in myself. My music videos, my mixtape, time in the studio, promotions. Anything you can name I’ve I did it all on my own. What I’ve learned is that it takes hard work and dedication to continue what you love and believe in yourself. No one will do or stand anything to you.” In light of 2020, X says “I definitely found my sound and due to the pandemic, I was able to dedicate and focus more time on my music.” in closing, there’s huge things to come with the Welcome To Wolf Den Mixtape available right now and the COTTON CANDY music video in the works.

Where can we find you on social media? (List channels and handle links)

Read more by Chris Kostantewicz, CEO of ck media below:

Stackin Up Entertainment-What It Is & Why It’s Important