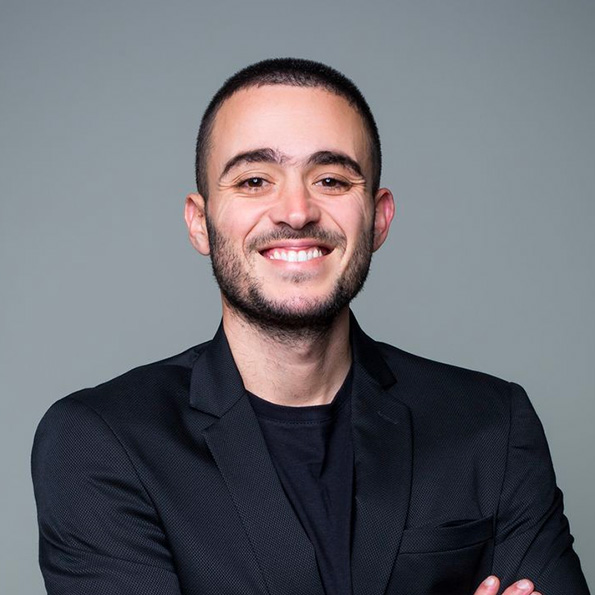 We recently caught up with Yonatan Ben Shimon, a serial blockchain entrepreneur involved in projects including privacy coin Beam and art aggregator marketplace Collectorshub, among others. He started his career as a securities analyst but quickly spotted the growth potential of the burgeoning cryptocurrency space, which he has been focused on since 2013.

Most recently, he’s founded YBS Capital, an investment firm that focuses on helping firms, projects, and individuals implement community-based business models. This is a topic about which Ben Shimon is passionate – but it’s still very new, even in the cryptocurrency sector.

Therefore, we took the opportunity to quiz him so we can share more about this emerging trend with our readers. Here’s what he had to say.

Can you tell us what the term “community-based business models” means in practice?

The overall concept of a community-based business model involves taking social capital, or the value within a community, and converting it into financial capital. So, using a very simple example, Patreon was founded as a way for social media influencers to monetize their followings. A creator can put some of their content behind a paywall, and those in their community who support them will pay for access.

Now, imagine that rather than distributing private content to view, the creator could distribute something of value to their community, most often in the form of tokens or something they can own. For instance, a digital artist could create a piece of work and tokenize it. Those people who pay for content on Patreon could receive tokens representing a share of the value of that piece of digital art.

Using this model, the creator has just multiplied their value to the community by 10x, and in turn, the community themselves are now 10x more loyal. They’re more likely to feel invested and promote the creator to their friends, generating more value.

This is a simple example, and it’s one that’s already being applied in projects like dfame. But it can be applied in many different ways. For example, open-source projects could distribute tokens to developers reviewing code, where a token represents a fixed unit of time for one of the project team to help the developer with their own project. The potential is enormous.

Can you explain a bit more about the meaning of “exit to the community” and its value to startups?

So, exit to the community is a new value distribution and engagement  strategy for startups and projects. Traditionally, entrepreneurs either sold their company to VC investors or another party, or they take the company public in an IPO. Exit to the community, or E2C, means giving control of the project or company to its users and broader support base. Equity can be distributed in the form of tokens.

How do you see these kinds of business models being implemented today?

In the cryptocurrency space, decentralized finance applications are some of the most forward-thinking in community-based business models. The idea of the DAO has been floating around for a long time, but few projects have really attempted to introduce the decentralized governance model before this year.

Now, we see the likes of Compound, Uniswap, and Yearn Finance that are taking a truly community-minded approach to the long-term future of their applications. They’ve found a way to distribute governance tokens democratically and are engaging token holders in meaningful votes.

I believe this has vast potential to play out over other sectors. There aren’t many examples outside of the cryptocurrency space, but one example of a Dutch company called Blokker recently caught my attention. They’re introducing fractional ownership of the company as a loyalty reward, demonstrating that the idea of community-based business models has potential in other industries.

What are the barriers to broader adoption of exit to the community strategies?

It always takes time for new models to embed. We can see this with Bitcoin – it’s nearly twelve years since the genesis block, and it’s taken this long for it to become accepted as an asset class and for traditional financial institutions to start to take an interest.

Exit to the community is still very much in its infancy, so the main barrier is that people will be cautious and wait for others to make the first move so they can assess the success rate before adopting the model within their own projects.

Another hurdle is simply the mindset. People are trained to think of value in terms of pure financials, and that value should be hoarded. Adopting strategies such as E2C involves understanding that long-term value is captured from, and generated by, a loyal community.

So this is where I see my role – helping projects and companies succeed in E2C strategies, which will also help to shift the mindset towards accepting the value proposition of the E2C approach.

How does YBS Capital work with firms and projects wanting to implement these business models?

We are a young company, and in that sense, we’re still establishing many of the best ways we can support those wanting to implement E2C and other community-based business models. Currently, help companies and networks in their token issuance and distribution strategies, and look at M&A services between companies and their communities, mainly traders and developers.

However, I’m open to discussion with anyone who thinks that the E2C strategy sounds like the right approach for their project or business and looking for ways to help make that happen.

How E.P. The Dreamer is Following his Dreams in the Music Industry