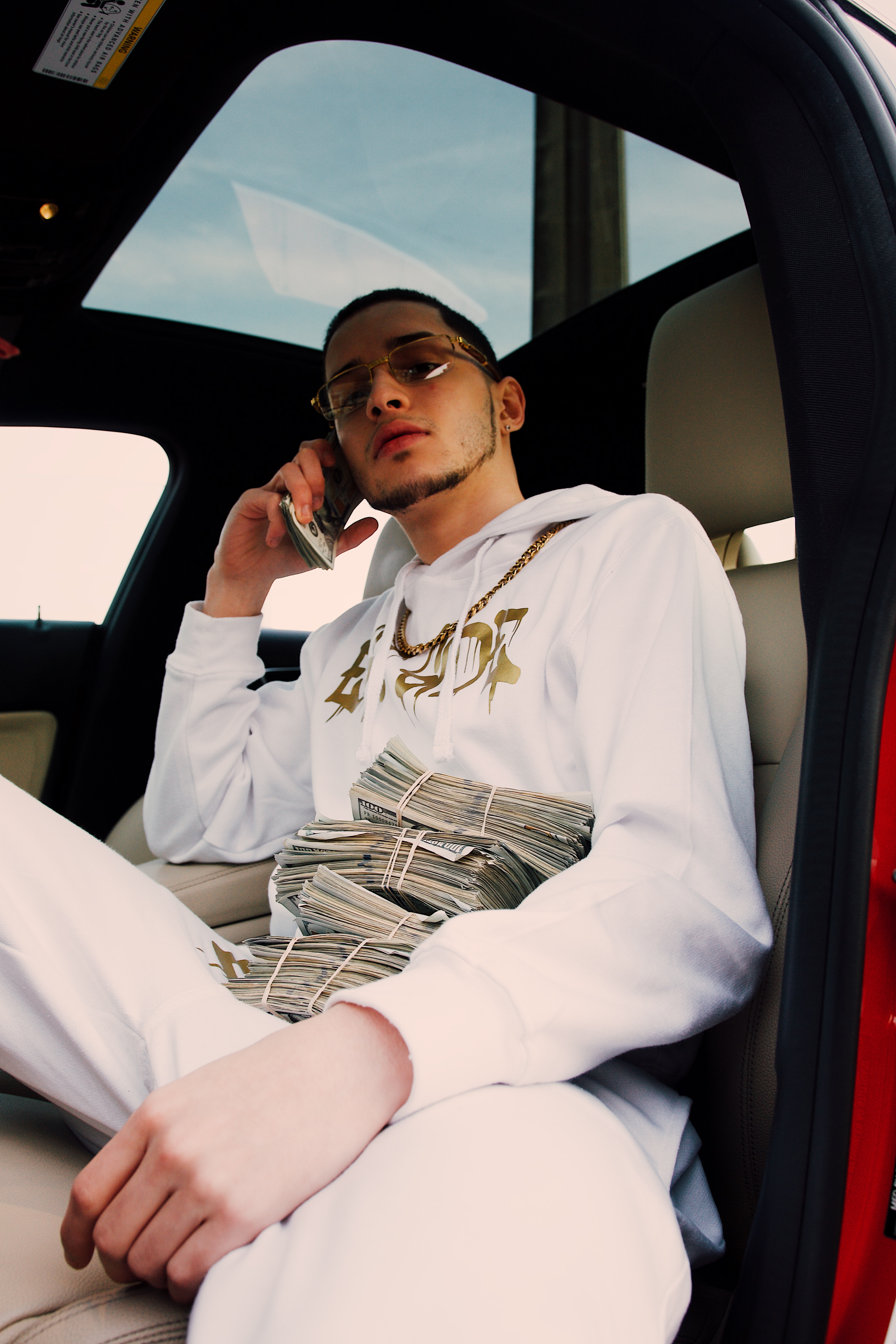 When it comes to the music industry, we all know it is extremely difficult to get your name out there.  Some people get exposure from YouTube, Soundcloud, Instagram, etc.  Because of the digital age of the music business there is no true formula on getting exposure or which platform works the best for aspiring artist.

Let us introduce you to $tories. He is a music artist making waves throughout the music scene.  When asked how he got his name, he tells us he, got the name because he used to travel a lot and had a bunch of crazy stories to tell to his family, and they started to call him $tories, and the name stuck.

Stories was born and raised in New Jersey. He has been writing songs and short stories since childhood. He was lucky enough to understand how he enjoyed the creative process of songwriting and exploring new ideas. He attributes this as an inherited trait as his father was also a musician.

What immediately stands out about $tories is his ability to drive brands and business through his talent.  This is a marketing strategy that only a few have the ability to perfect and $tories is one of those artists.  He went viral during the Presidential campaign for a record he released promoting Presidential Candidate Andrew Yang.  More recently he has connected with CoinLinked CEO Jenny Q. Ta to craft a song focused around her newly launched company.

We had the opportunity to ask Jenny why she decided to collaborate with $tories and why the “Bitcoin Song.”

“After being connected with $tories through friends and followers on social media he and I had our initial call.  It was on that call that my mind was made up.  He’s young, full of talent, workable and I love his beats.  He and I came up with the “Bitcoin Song” because there isn’t one yet about this ultimate “currency of the future,” she says.

If you have a heavyweight in business such as Jenny Q. Ta cosigning your talent, then you definitely have a bright future.

Stories shares insight into his childhood days how his father inspired him to be a musician. His father used to work for a company in Hoboken, New Jersey that rented out equipment to concert venues like Madison Square Garden and the Prudential Center.

“I have a bunch of memories of him taking me to concerts as a kid almost every weekend seeing shows from Alicia Keys, Jay-Z, Lenny Kravitz, The Roots, Marc Anthony, Jennifer Lopez, Bullet For My Valentine and so many more. Since I can remember I have always wanted to be the best type of artist I can be,” he says.

$tories wants to be an accomplished artist in many different genres of performing arts including acting and comedy. He further shares details of an exciting project that is in his pipeline.

“I recently got my clothing brand ‘East Side Drip’ Trademarked, so I’m excited with what the future holds for me,” he says.

$tories talks about his cousin G Money who has been a big influence in his career.  How he initially was writing music just for fun until his cousin heard his music and showed him how investing in his self would be beneficial to him in the long run.  I am a firm believer in this.  How can you as an artist expect others to invest in your craft, if you have yet to put any equity into your own career.

When asked if he had any advice for any young artists coming up, $tories says “Always create and put out music that makes them happy, regardless of what anyone else thinks about it.”  We could not agree more.