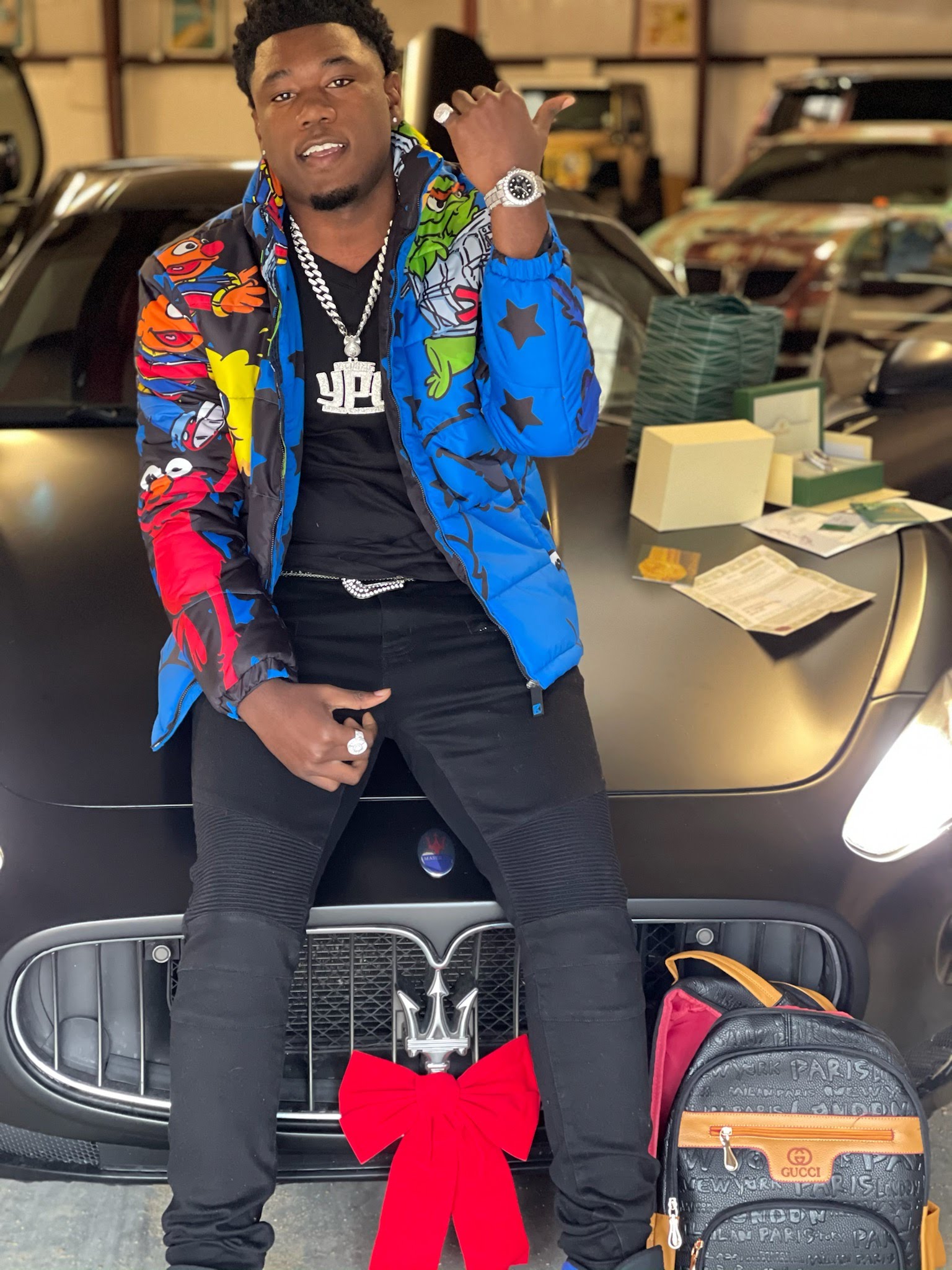 YPC Baby P received a new mazi. Rollie and YPC chain from his label, Ceo. The team has been working so hard recently that it is only right to celebrate in such a way. The YPC crew is already known throughout Mississippi for living a lavish lifestyle. They lead the way in all of the fashion trends and high profile moves. Baby P’s music is growing by the day. His new project, “Heart of the Delta” has a sound that is very distinct and unmatched.

Baby P is clearly becoming a household name, and the Young Paper Chaser is paving the way. There are not many like this crew because they have a way of attacking the airwaves while still holding a strong presence in the streets.
There are so many people in tune with Mississippi sensation YPC Baby. Have you heard about the self-proclaimed “Heart of the Delta Kid”? You’re definitely missing out. YPC Baby released a single and a video, 2 months ago with another rising star Big Boogie called”Counter”. The video for the song is closing on 200k views on YouTube.

That is just one of Baby P’s recent records to date. YBC Baby P represents Mississippi. He’s been recording professionally since he was in junior high school. Baby p has released several successful singles which helped build his fan base and his reputation in and around Mississippi. In preparation for his debut album Baby p has assembled some of the best producers and talent in the South. “Heart of the Delta” will be released at the beginning of 2021. Baby p and his team at Young Paper Chasers, the independent label that signed P out of college, are looking to dominate 2021.

Mississippi has been long awaiting an artist that knows how to reach the people. Baby P has the ability to reach the youth along with the older generation. He understands the value of choosing the right samples along the way. His label is cultivating him the right way. Most young artists tend to get lost in the trendy sounds. Baby P and the YPC have decided to go with what feels right. They are creating something fresh and original for people to connect to. The label has goals of expanding its roster with Baby P leading the way. At this rate, there is no stopping the Baby P and the YPC. Stay tuned for more of their power moves.

The Perfect Solo Business Opportunity That You Can Start Today