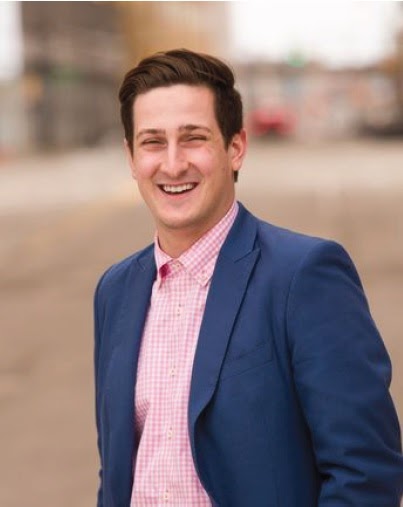 The topic of mental health has continued to cause concern among people around the world. The number of people who suffer from mental health issues such as depression and anxiety is still at a significant rate.

Luckily, more people are also becoming aware about these conditions and set out to create a society that’s more accepting of the effects on mental health to avoid further endangering those who are already struggling with their conditions.

One such person is Anthony Grupido. As a champion of mental health, his goal is to bring hope to those who need it the most. And Anthony delivers, but with a different approach than most mental health speakers.

Rather than rely solely on his words of encouragement, Anthony uses the power of magic to send hope and happiness to audiences everywhere.

Finding Light In the Dark

Anthony started performing magic tricks when he was five years old. He eventually did his first paid gig 10 years later. Now, he speaks in front of audiences about mental health and uses magic to make the topic easier to talk about and understand.

But Anthony’s story and the reason behind using magic to talk about mental health isn’t all sunshine and rainbows as he, too, struggled with mental health in the past.

“I didn’t want to use magic to just fool people. My inspiration came from a really dark time in high school. I lost over 13 friends and classmates to suicide, attempted to take my life on three different occasions, and went to a school with one of the highest suicide rates in the country,” he said.

Despite this challenging time in his life, Anthony knew he had a special talent. And he saw that not only as motivation to keep going but also as a way to make things easier for others who struggled as he did.

After realizing his ability to help others, Anthony worked on his career in magic, allowing him to open for The Impractical Jokers, The Chainsmokers, America’s Got Talent winner Darci Lynne, and Bill Engvall.

“I offer world-class magic services to entertain audiences for, but not limited to companies, sports stadiums, movie theaters, small businesses, and even large brands,” he said.

But his work doesn’t stop there. Anthony is also a speaker who offers top-notch and data-supported mental wellness and suicide prevention presentations and workshops to schools, companies, organizations, and conferences.

“I accomplish this by speaking with counselors, principals, or coalitions looking to improve the quality of life for their students, staff, or community,” he said.

Through magic, Anthony has helped numerous institutions raise awareness about mental health and prevent any harmful outcomes. His talent and drive have helped people find hope when it seems like there is none. Now that’s the best magic trick he can ever do. Find out more about what Anthony does by visiting his website, www.themagicofhope.com.

How Bryan Clayton Empowers Numerous Immigrants With His Company, GreenPal