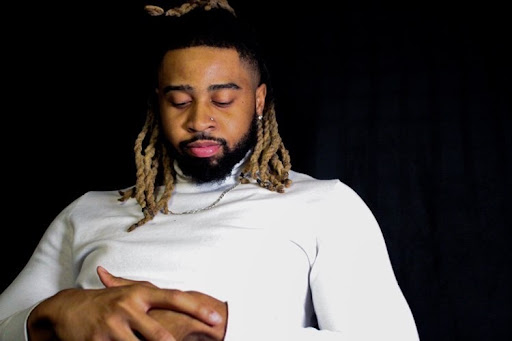 King Ladi, a singer, songwriter, producer, and consulting professional, follows up with the success of “Can I Be Fr” by releasing a new single this July.

Juggling many things in life is not an easy task. in itself is an exhausting venture, but doing it while acting in life is a talent that not many can have. But, King Ladi does it all while creating great hits like “Can I Be Fr”. This song got viral at the end of last year, and it also landed him a big record deal on Universal for his single. With his banger of last year, he is all set to release a new and unique single this July 2022.

Ladi’s focus in music is mostly on R&B/Rap and when people listen to his songs, listeners will feel like they are being transmitted into a story that is being played in the most poetic manner. The visuals in his video complement each word that he says, and the beats are as euphoric as they can get. He is from Rock Island, Illinois, and is a believer in God. He started creating music at a very young age and knows how to play 3 instruments too. Many local stories have been published about his music and talent.

Can I Be Fr

Ladi released his first single in November 2019. And fast forward to now, “Can I Be Fr” has become a hit. The song starts out mellow with some slow music that instantly gets the attention of the listener, while the visuals of the video look mysterious and intrigue anyone who is watching it.

Then the song slowly transitions to an upbeat rap melody which is accompanied by the strong and bold lyrics by Ladi. The song really keeps everyone hooked till the last, as Ladi narrates an encounter and the girl. The video also matches each beat with transitions and flashes, which is a refreshing sight to see. The song makes people think of the good old days of Rap and R&B and that makes it all the more special.

Ladi is a versatile artist, who has the capacity to do spot-on creation of any type of music.

“I pride myself on having substance in my music and reference God a lot. But my songs also have a whole vibe.” – King Ladi

He has faced his fair share of ups and downs in life, he almost quit music in 2021. But after booking his first headlining show, and getting all this great attention on his music, he reassessed and continued to make music. He thrives on consistency, and considers it the greatest asset to excel in life. He has a vision for growth and wants to create music that inspires all. His new single is going to be saucier, and more amazing than ever. To listen to his song, visit here.