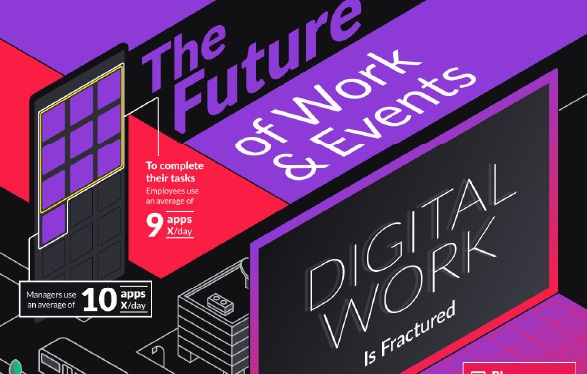 Remote workers, following the COVID pandemic, became far more common and widespread than ever before. Many industries found a way to work in a remote and digital format, and many have continued to work in that format to this day.

This means that workers are now doing virtual calls, using multiple apps a day, spending significant amounts of time on their computer, and have less time to interact with fellow employees. For many people all of these changes have started to produce digital fatigue.

Digital fatigue basically means that the way work is oriented online tires people out in a way that a physical workplace does not. One of the most major ways this is done is through the large and unnecessary amount of remote meetings.

These factors give employees the notion that they’re wasting time and can start to take a toll as the meetings continue. There’s an average of 31 hours spent per month on meetings by a remote worker, and 56% of remote workers want to spend less time on video calls as a whole.

Video calls of any sort are also particularly tiresome due to a few different factors. Digital interaction tends to have peoples faces much closer to the screen, creating a feeling of a lack of personal space and that one is being observed. The fact that most digital platforms also put the workers face in the corner also only increases anxiety and the feeling that someone is being scrutinized.

This on top of the general challenge of digital interaction and the lack of little gaps that come with getting up and moving around the workplace all create fatigue in workers. All of these are problems that don’t deter remote workers, 78% still wanting to continue to work from home permanently, but they are annoyances.

In response many companies are proposing ways to reduce digital fatigue. For some this means simply cutting down on meeting times, giving more ways to socialize, encouraging employees to get up and move around a little, but some companies are getting more imaginative.

A plausible idea of creating a digital workspace could be to try to emulate a physical workplace. This would be a program that had “floors” and “rooms” which people could occupy. This is yet another effort to make people feel more comfortable. People would have to “knock” on these rooms and it would promote privacy as well as less unnecessary reaction.

COVID changed the world in a multitude of ways, and the workforce is definitely one of the most affected groups. As remote work only continues to become more and more appealing, more practical solutions to the fatigue it produces need to be produced, and companies like RedRex are trying to pave the way.

Tips For Creating A Spa-Like Feels For Your Bathroom