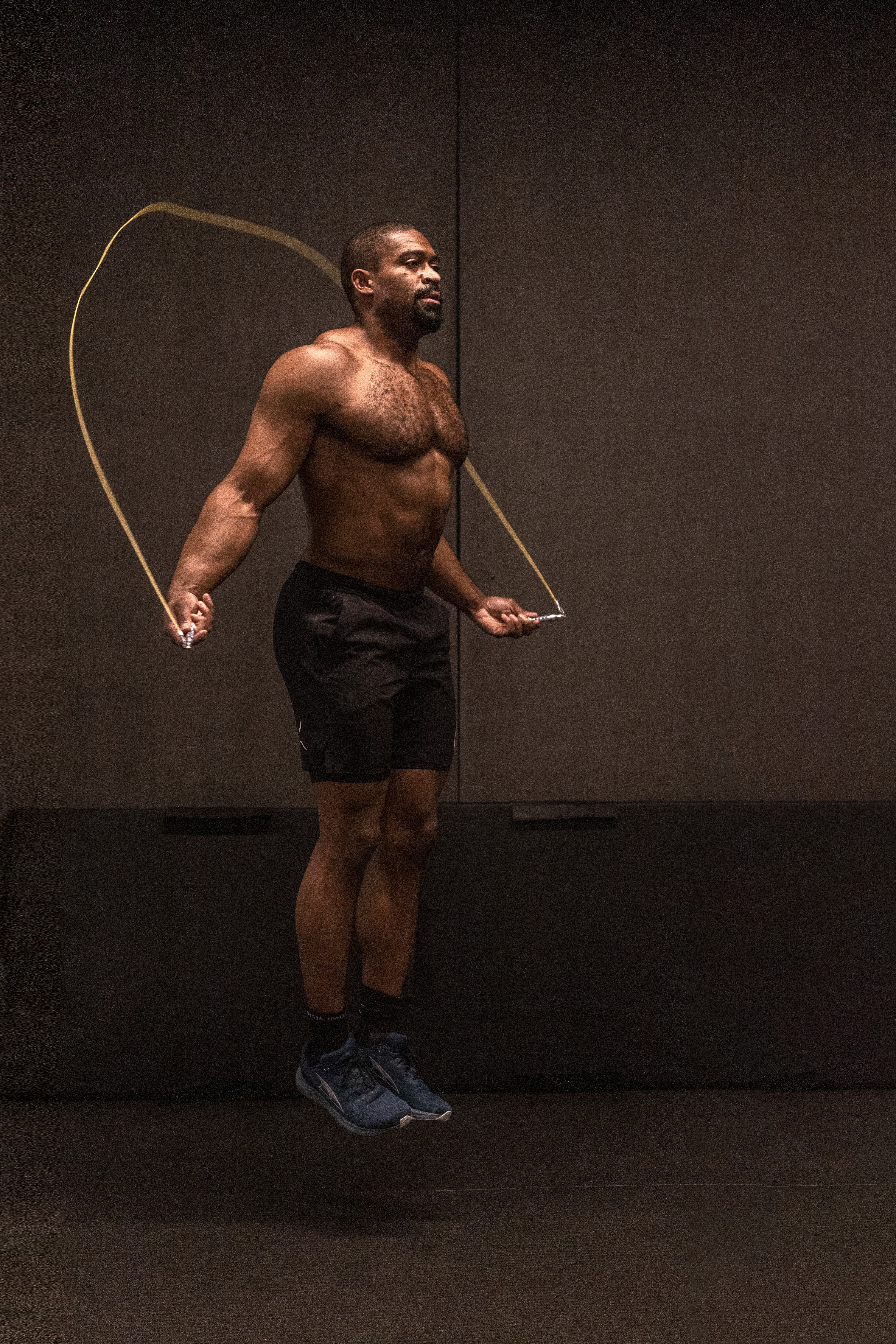 He learned how to evaluate multi million dollar corporations, master excel shortcuts, survive 12+ hour work days, and eat soup without spilling on his tie. But when Crews assumed his actual role, he found himself surrounded by pear shaped gentlemen with mustaches who could all seemingly describe their careers and personal lives in one sentence.

Crews can’t remember ever wanting to be a fireman or astronaut when he was a kid. But he most certainly never had aspirations of becoming a banker…for life. Crews can’t remember exactly when he started abhorring his job. But he does remember a pattern of feeling exhausted and physically ill everyday on his commutes to work. The fatigue, nausea and sweating were a physical manifestation of his work related anxiety and depression that had set in over his time at the bank.

Yes, Crews was in a high-paying job with a stable career trajectory. But he was immensely unhappy. And he was terrified by the thought of becoming golden handcuffed to the bank.

So in 2010, André Crews quit. He had no back up plan. He had no job lined up. He did not know what he wanted to do. But Crews did know that he did not want to spend another minute turning into a pear. Crews thought back to what did interest him as a kid. A local business owner at his kindergarten career day always stood out in his mind .

Crews’s father always encouraged him to follow his entrepreneurial spirit. So he began thinking about what type of business he might want to start. Crews always liked cooking. And he enjoyed the social aspect of drinking. So he figured why not open a bar/restaurant? One week after quitting the bank, Crews enrolled in a bartending course. Two weeks later, he was a Certified Mixologist. He started working at a local mom and pop bar in Pittsburgh that also served late night eats. He started getting into really good shape too! Instead of going to the bar after banking all day, Crews simply went to sleep after tending the bar all night.

He’d wake up around 10am. Eat breakfast. Then get after it in the gym. The combination of drinking less, moving more during his work day, and exercising with intention helped Crews go from a portly 200 lb. banker to a shredded 175 lb. bartender!

Crews loved talking with patrons, moving kegs, multitasking, and making people laugh. But he found himself discouraged by the habits of his regulars who came to see him daily- drinking beer and eating fried foods every time they came in.

Professionally, Crews was certainly not inspiring folks to make healthy life choices. So he knew in his heart that a bar/restaurant was not the right direction for his business.

At the time, Pittsburgh had a boom in movie production due to a new tax credit. So during the day, Crews started working as a background player and stand-in on movies with some heavy hitters like Tom Cruise and Will Smith. He even got some fitness modeling gigs with his new and improved bartender physique!

Crews’s girlfriend’s mother (who is now his mother-in-law) suggested that he look into Personal Training in between movie and modeling roles. Crews didn’t think he would like training people. But he knew it couldn’t be worse than banking! So he bought study materials and got certified in 2012. He applied to a LA Fitness gym in Secaucus, NJ. During his interview, the head trainer asked Crews to lead one of his longtime clients through a leg day session. This client had an old knee injury that prevented her from doing movements like squats and lunges without pain.

Crews quickly grabbed a stability ball and went to work.

The client was sweating and breathing hard. But she was also smiling hard – and overjoyed that she did something other than leg press, leg curls, and leg extensions! Crews fell in love with the practice at this very moment. The pay was less than great. He made $9 per half hour session. And he didn’t get paid if he wasn’t training anyone.

Crews spent his first few months at LA Fitness HUSTLING to get clients. And by the start of 2013, he had a full book of clients! He started at 5am, trained clients through 12pm, went home to take a nap, then came back for clients from 4pm-9pm. But despite the early morning hours and less than generous compensation, Crews was happier and more proud of his work as a Trainer than anything he did as a banker!

12 months into LAF, Crews was offered a job at an Equinox in Manhattan after hiring managers witnessed one of his clients who worked in the city transform before their eyes. Crews jumped at the opportunity to earn a better living wage and to enhance his fitness education.

In 2014, Crews started training at CrossFit Union Square as a member. He discovered creative and methodical programming, elite level coaching, and a community of friends and family. And for the first time, Crews knew what he wanted to do when he grew up.

After 20 months of planning, fundraising, and negotiating, Crews opened his very own Functional Fitness gym in Downtown Jersey City in October 2017!

Today, Crews is the Owner and Head Coach of 150 Bay Fit.

He kept his business afloat during covid business closures by running online and park workouts, creating a member equipment rental program, and establishing accountability groups to help members of his community stay motivated. He is also the Owner and Director of Programming for Prosper Private Training, a boutique PT studio in JC. And he runs a virtual program and fitness community Crews Control on the Ladder Teams app!

So it is safe to say that André Crews cannot describe his life’s work in one sentence!

And even though he used to loathe waking up at 8am as a banker, Crews absolutely LOVES waking up at 4am to take out his dogs, bike 2 miles to work, crush a workout, and Coach the first class of the day at 5:30am!

Crews’s career mission is to Motivate, Challenge, and Inspire people from all walks of life to become the best versions of themselves through health and fitness! So whether you live in Jersey City, Jakarta, or Johannesburg, André Crews is here to help you Get After It!