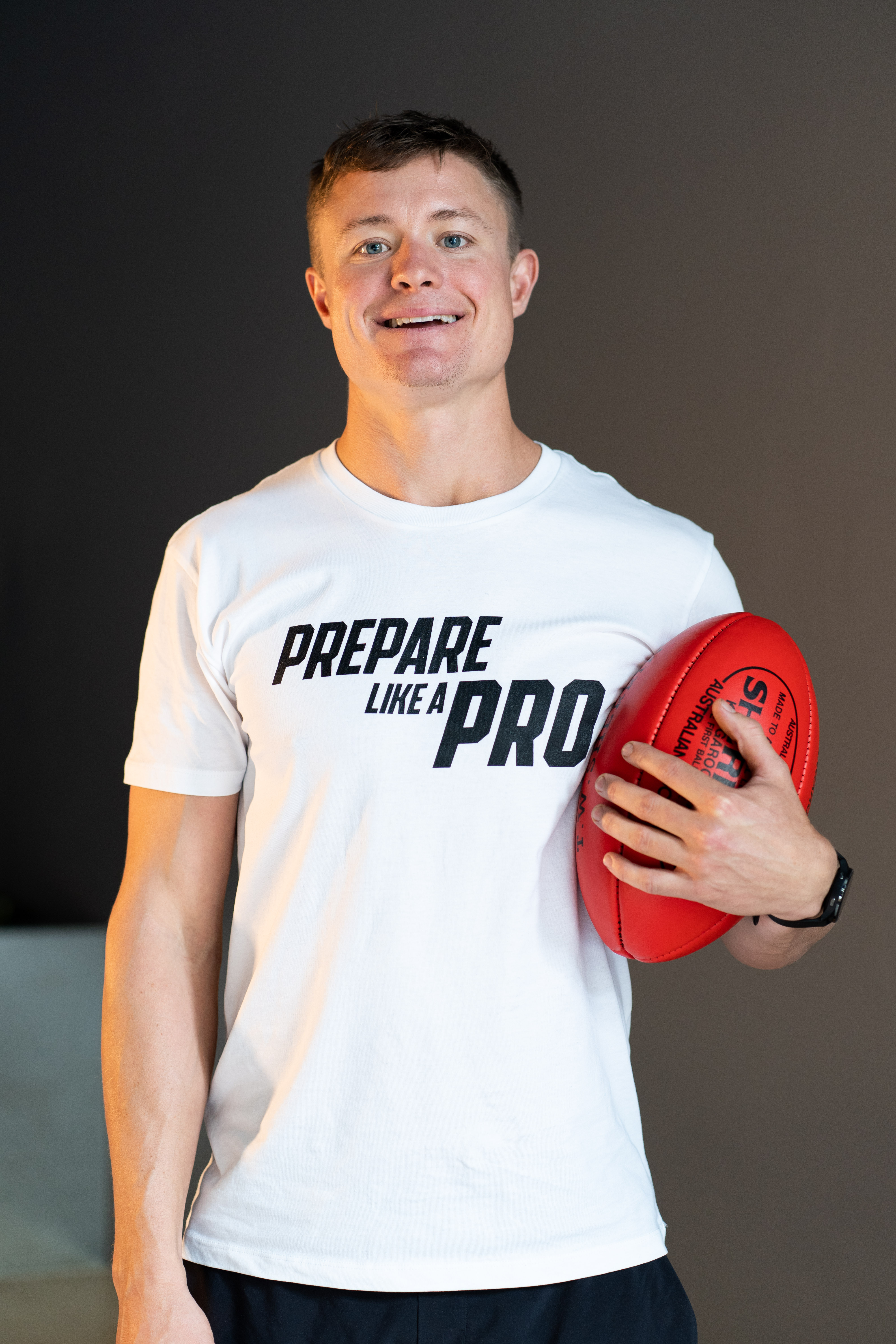 Jack Mclean @preparelikeapro recently worked at the Hawthorn football club as a strength & conditioning coach who truly understands the importance of getting the balance right between pushing the body past its limits to allowing enough time to recover to prevent injury.

Through working full time at an AFL club, coaching young men on elite lifestyle such as stress management, sleep & nutrition, and training, and starting his eCommerce brand, he is constantly looking to help his athletes best prepare for a performance in life and sport!

The largest ground in the world, the most amount of players on a field at one time, and it’s the longest team game in the world!

Strength & conditioning coaches every year are constantly reevaluating their methods to help reduce the likelihood of soft tissue injuries like hamstrings strains and ways to get a physical competitive edge over the competition.

AFL football is a sport that is predominately technical and tactical; however, it is also incredibly physically challenging to play. As such, becoming the best Aussie Rules footballer player isn’t just about playing more football, but also about physically being the best.

AFL is played on the largest grounds in the world. Therefore, the game demands that players possess elite running capacities. During games, players wear GPS devices that track their walking, jogging, running sprinting distances. As this technology becomes increasingly reliable, it allows trainers to better understand the running demands being placed on players. Not only do AFL players need to be aerobically running fit, but the sport also requires consistent high-intensity efforts (similar to soccer) such as repeat speed & acceleration. Players require training programs that help them to master both so that they can effectively cover the ground.

AFL has the highest number of players competing on the ground (36) at one time. This makes finding space to effectively dispose of the ball challenging and requires athletes to be agile, balanced, and strong in all different planes of motion. The game is played in a 360-degree zone and so a player can come under contact from any direction. These two factors combine to mean that physical contact from tackles, bumps, and aerial collisions are frequent, creating a physically chaotic state of play. The fact there are no weight divisions means that players’ training programs must help them to develop sufficient body armor to protect their body from contact injuries such as fractures and their brain from whiplash or concussion.

Aerial contests created by long kicks and frequent ball-ups require athletes to either be tall or to have the elite jumping ability so that they can outreach their opponents. Players must develop their jumping on the run, standing still and on either leg. Strength conditioning and more specific plyometrics programs can help footballers to achieve their full jumping potential while reducing the likelihood of injury.

The ball used in AFL is shaped like an egg. This unusual shape leads to unpredictable bounces. To be able to easily bend over to pick up the ball cleanly and at speed in congested situations, players must be sufficiently mobile and flexible, with quick reflexes. A program that develops players’ flexibility, as well as mobility and strength, will have them well-positioned to reach the ball first during a contest.

Overall we think it is one of the most demanding team sports in the world and why we love working as a physical preparation coach to help prevent injuries & increase performance!

We would love to know your thoughts, please send them through to us on Instagram

Exercise And Ageing – The Keys To Success