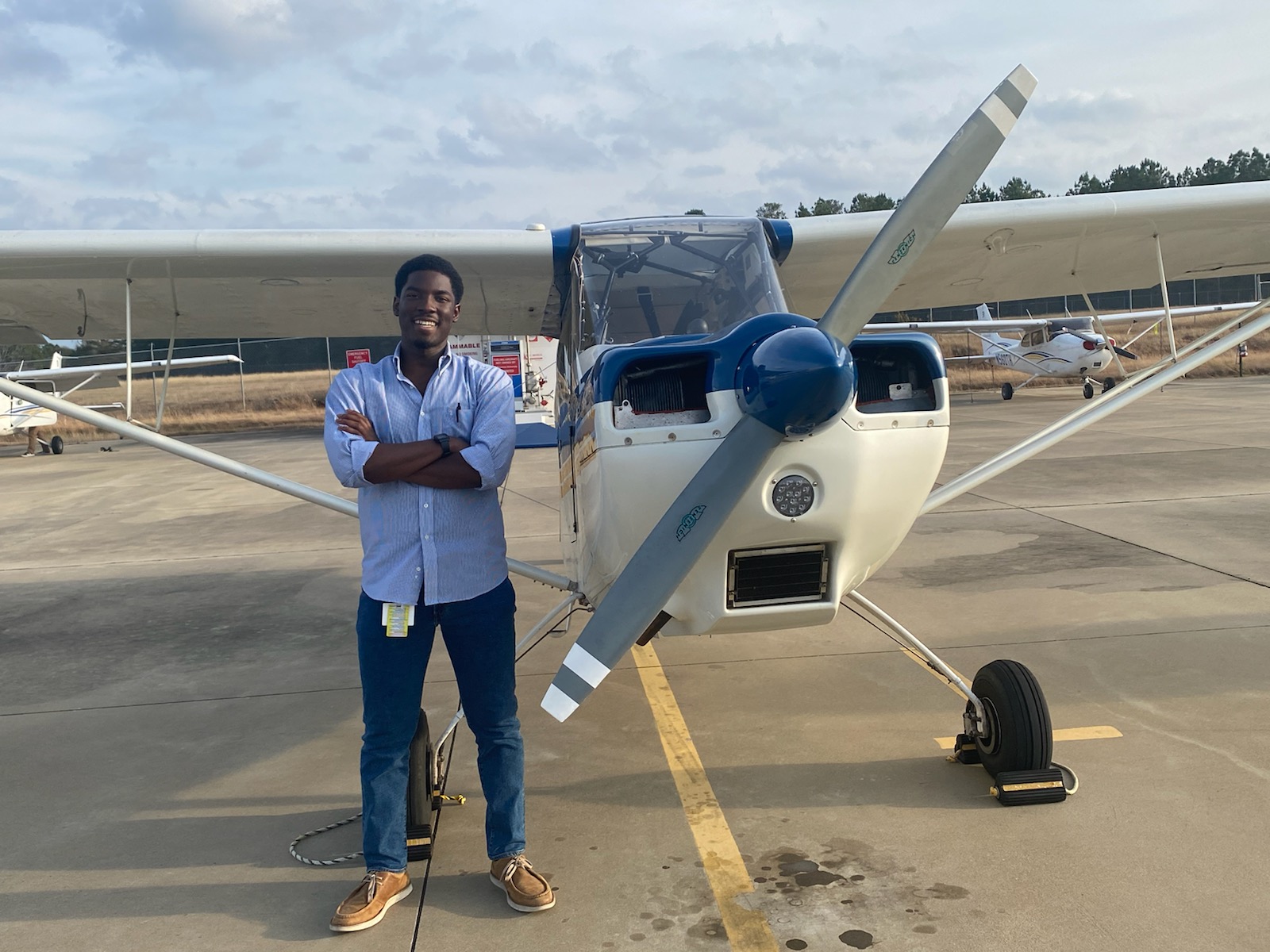 Devin Hunt’s story is not quite the same as many of the entrepreneurs that we look up today. While we live in a society that lives a ‘good college dropout to billionaire’ story, Hunt has taken a different path. He was attending college to be a commercial airline pilot, but he realized the life of a pilot was not the course he wanted to take for his life. “Being away from home three or four days a week and not having energy to be with your family. I didn’t want that.” After some soul searching, he realized he needed to make some serious changes. “I had to make some changes.” Those changes led him to real estate investing. Within a few months, he landed his first wholesaling deal for a net profit of $7,500. This was the first time that he had that much money in his hands at one time. Immediately, he knew that he had found the path to creating a future for him and his family. Although he was ready to commit to his new found passion, he also wanted to honor his commitment to college. “I know my degree will mean a lot to my mom. So I’ll finish that while building my real estate investments.” Since landing his first deal, he has spent his time finding the balance between attending college full time and building his business.

Devin Hunt is now a full time college student and a budding real estate entrepreneur. Although he is still looking to build his business and net worth, he believes that the lessons he has already learned are valuable for anyone looking to find clarity and success in their life.

Looking at his life, he realized that the biggest thing holding him back from making a check for $7,500 or more was his beliefs. “Growing up, I saw how beliefs held back those around me from achieving their dreams.” Whether it was a victim mentality, a bad relationship with money, or other beliefs, he knew that he had to rebuild his beliefs about success and finances. Looking back, he also sees how limiting beliefs have held back others from his childhood. One of his goals is to go teach his community on how to achieve financial success and not stay set where they are.

A big part of changing his beliefs and redirecting his path was changing the people that influenced him. Making sure to surround yourself with people that will challenge, uplift you, and push you to grow is a crucial key to changing your mindset. “I didn’t detach myself completely, but I stopped hanging around people that weren’t going where I wanted to go.” By joining Facebook groups, attending networking events, zoom calls and more, he built a community of young entrepreneurs and determined friends.

For Devin, part of his life change was becoming comfortable with being uncomfortable. In an effort to completely turn around his life, he changed the whole way that he lived his life from the moment that he woke up every morning. “I used to stay up late constantly, party all the time and I hated reading.” Now he wakes up at 4:00am every morning, reads everyday and is working on communicating his ideas and goals with others. The biggest change in his life was overcoming his “fear of missing out.” “It was hard saying no to friends for parties, hanging out, etc. But the reward beats the sacrifice.” Whether you are looking to build a business or simply find clarity in life, Devin believes that leaving your comfort zone is the key to finding greater meaning and growth.

Devin has only been in the wholesaling business for six months. During that time, he has already closed his first deal and is looking to close five more in the next few months. This is due to his commitment to education. “I have meet with mentors, joined face groups and studied courses – all to speed up the learning curve.” One of the common themes that he has found with his mentors – some of whom have been in the industry for over a decade – they all keep learning. In a world that is constantly changing, it is important to keep learning. Whether you are learning sales and communication, networking skills, or career skills, Devin emphasizes the importance of education.

Devin Hunt is on course to scale his new business to do over 10 deals a month by the end of this year. While his goal is to master the wholesale industry, he already has his eyes set on entering the rental industry with both short and long term rental properties. Outside of his own business endeavors, he is also committed to teaching the minority community the keys to success and financial literacy. He finds inspiration in entrepreneurs like Max Maxwell, Pace Morby, Jamil Damji and others. When he isn’t studying for his aeronautics degree or searching for his next deal, Devin enjoys traveling, and would love to get to the point “where he can hop in his own plane and fly to another city just to get a burger.” You can keep up with Devin and his real estate journey on his Instagram page.

Tired of Eventbrite? This Queer-Owned Event Platform Is Ready To Show You How It’s Done

Here Is Why CaliberX Is A Tool of The 21st Century