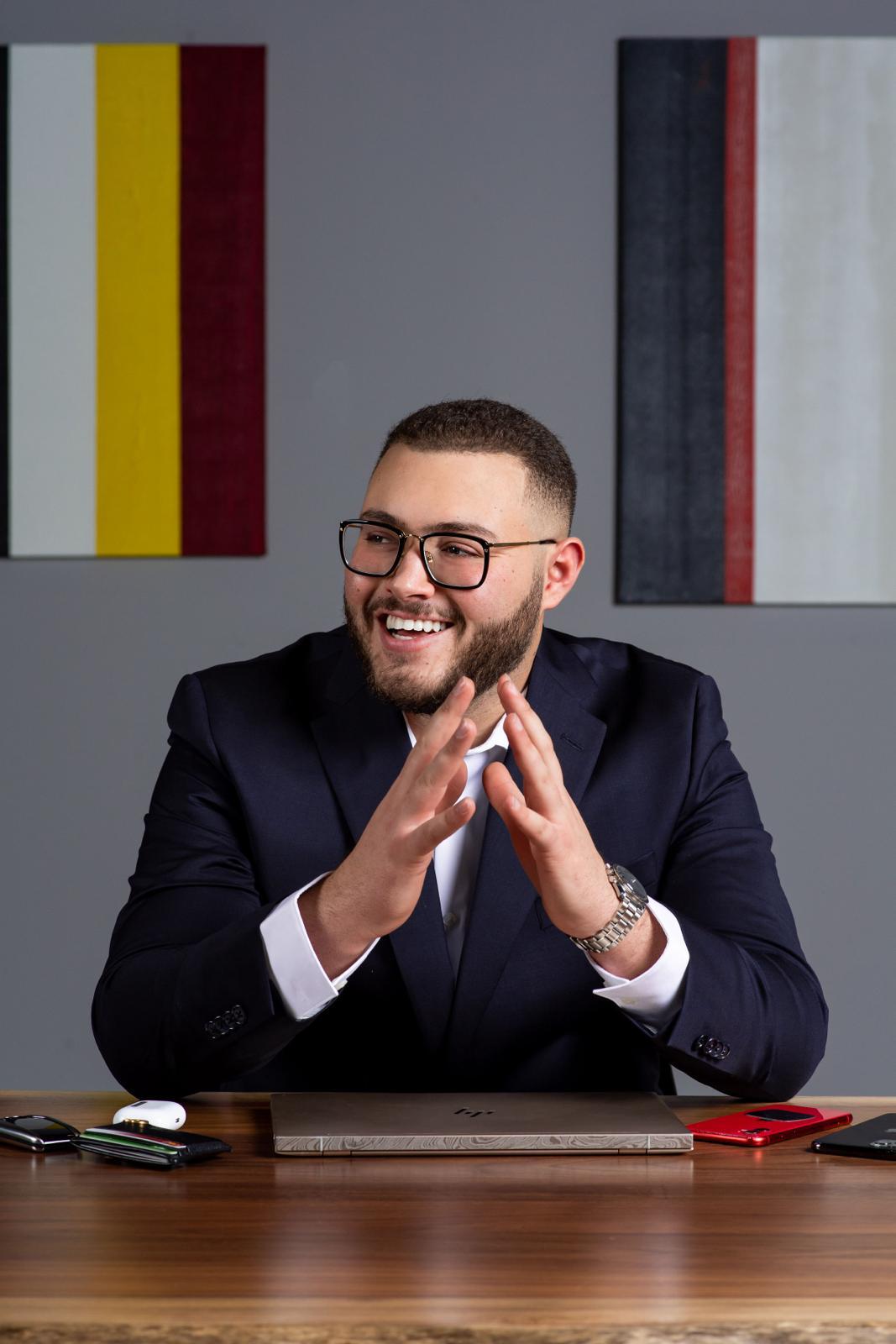 As a sales trainer, Dylan Blyuss believes in establishing relationships with those inside and outside your business. From getting his start in door-to-door sales to scaling his agency to over 100 full-time sales executives, Dylan understands the importance of making an impression on those you are selling to and an impact on those you are selling with. In such a business relationship-oriented industry, Dylan notes that his greatest challenge has been managing a wide variety of people with a wide variety of personalities. “When you first start a business, you learn how to master your own inner game,” he explains. “However, the moment you want to scale, it requires the help of other individuals. That’s where you have to learn to understand other people’s mindsets and personalities and learn how to lead individuals in a certain way.”

Dylan realized the importance of strong relationships in business at an early age. His career initially began at the age of 16, washing windows to make extra cash. Once he added door-to-door sales to his daily responsibilities, though, he realized he needed to bring in additional help. As his company grew, he onboarded friends to help with the cleaning services and sales reps to duplicate his sales efforts. Only a few months following this shift, Dylan was bringing in $15,000 a month. That’s when he knew he was onto something.

From there, Dylan hired sales reps to duplicate his sales efforts, allowing him to focus on management and leadership, ultimately scaling the business to six figures in two years. During this time, he realized that he had a passion for building strong sales teams. He also realized that there was a gap in the market that no one else seemed to be filling. Dylan says, “While building my door-to-door sales business, I realized that online education was starting to boom. I also realized these online educators had nobody to sell their programs or products. That’s where I stepped in and offered to build remote sales teams for online coaches, consultants, and entrepreneurs, and built what is now one of the fastest-growing sales agencies in the world.”

Although this rapid rate of growth has challenged Dylan in many ways, it has also opened up a world of opportunity to help others achieve success in the sales industry. Dylan is motivated by the impact he can have on other companies and ambitious salespeople. He explains, “You eliminate fear and anxiety by becoming skilled in your product, company, and industry. When you know what you offer, you move with confidence instead of skepticism.”

His advice to aspiring entrepreneurs? “Mindset is everything. Most people think starting a business is about attaining and mastering skills, however, if the mindset is not mastered, you will never have the persistence and courage to even get a chance to implement skill sets to start a business.”

As he looks at the bright future ahead for World Class Sales Agency, Dylan continues to be motivated by the impact he can have on others. His mentality can be summed up in three words: “People over profits.”

Life Goes On(line): How Alessandro Cassano Kept His Business Running During the Pandemic