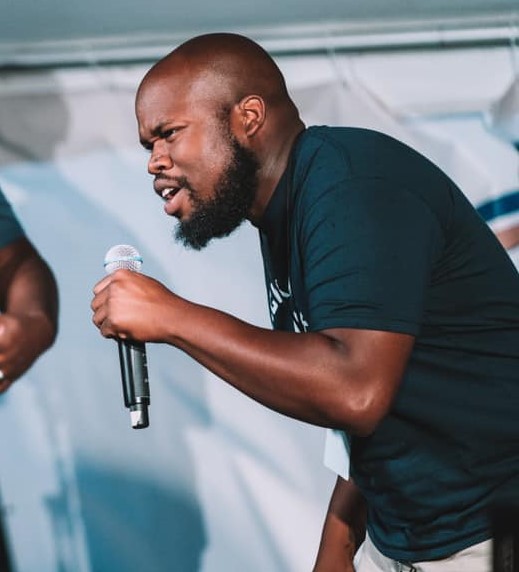 After creating a TikTok account to release his music in the form of short animated videos (similar to his YouTube channel), GameboyJones later began creating his own freestyle videos in 2020 showcasing his rap prowess. In November 2019, he recruited a group of rappers from YouTube and held a virtual cypher — the video features Dan Bull, NerdOut!, Hi-Rez, Shofu, Mega Ran & more! Ohio (aka “The Sunken Place”) native and resident GameboyJones is a musician and live-streamer.

In  May of 2016, Jones started uploading rap videos on YouTube that cover topics like video games and Anime. That was just the beginning as he has now embarked on a wide variety of projects, including a weekly series of music videos based on different anime characters. Gameboy also creates music videos based on comic books and continues to explore a plethora of new content. He has that viral penchant for giving his following exactly what they want, often aligned with what’s popping at the time, a shining example being his take on Red Light Green Light from Squid Game which Lizzo (and many others) actually utilized the video for a TikTok. He’s also been known to pop-up in style for a cypher or two.

His presence via rapidly circulating TikTok freestyles and rap cyphers see Gameboy rapidly developing a niche that propels him further with a group of already loyal fans of similar source material. Online communities on gamer-centric platforms even beyond TikTok, such as Discord, are powerful promotional tools for artists in Gameboy’s strike zone as they’re populated with fans who want to likeminded people win. It helps that GameboyJones is a fan first who won’t attack subjects he doesn’t know thoroughly.

I would have to say my favorite GameboyJones track is “Really My Type,” as it’s fantastic. Jones has assured us that he has no intention of half-stepping and that he can see the results of his hard work. His passions for music and anime fused to create something really special. GameboyJones is becoming well-known for records with smooth production and melodies.  An extremely melodic R&B tune, “Really My Type” is about a man who can’t stop thinking about a certain woman and who is open to the idea that she may be the one. Together, he and JHBBOSS were able to produce a sound that is undeniably catchy. These two have fantastic vocals, and I want to hear more of them in the future. In other words, GameboyJones has a great career ahead of him that continues to look more limitless by the day.

Through the aforementioned hours put in, GameboyJones has built a name for himself as a musician. The streaming numbers across platforms are truly doing the talking. On Spotify alone, GameboyJones had a huge 2021, amassing over 9 million+ streams and over half a million monthly listeners. Not to mention he has done all of this out of his home studio. Ultimately, this is an age of consistency and of recognizing your niche and running with it by using the age-old adage of giving the people you want to your ultimate advantage. Don’t stop running up the numbers GameboyJones; your stock is rising meteorically, and we’ll be watching and supporting you every step of the way.

Keep up with the one and only GameBoyJones on social media:

Related Topics:GameboyJonesrapVideo Games
Up Next

Lil Pottna Is The Next Big Thing