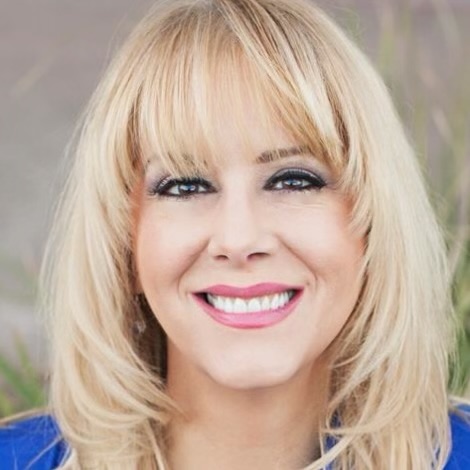 Today we’re going to jump into the metaphysical realm with one of the most renowned psychics and mediums in this profession. It’s clear to us that Jennifer Wallens isn’t the average spiritual guru by any means, she has a gift and a skill that’s become world-renowned and sought after wherever she goes. We wanted to go a little more in-depth and examine her career with you! Jennifer, also known as Psychic Jen, has been a trusted and evidential Psychic, Spiritual Medium, Animal Communicator, Spirit Artist, Paranormal Investigator, Psychic Detective, Lecturer, Author, Radio and TV personality, and Metaphysical Teacher for over 25 years. She also has over 20 years of experience as an Environmental Scientist/Biologist and is very concerned with obtaining detailed evidence and facts regarding proof of life after death. Her current titles include Vice President for Psychic Research and Paranormal Studies and Chief Examiner of the American Federation of Certified Psychics and Mediums. Wallens has become the go-to psychic medium when it comes to anything metaphysical. Her accomplishments set her apart as an industry leader.

She’s the go-to source! Jennifer is certified by The American Federation Of Certified Psychics and Mediums, (AFCPM),) and also featured on BestPsychicDirectory.com and considered one of the best and most reviewed Certified Psychics and Mediums in the U.S. Jennifer has been honored by the public and Times Square Press by consistently ranking in the top of the Worlds Best Lightworkers 2012-2019. Her career is full of astonishing accomplishments.

She’s received numerous rewards, she’s been voted as #1 Pet Psychic 2019, #1 Psychic 2019 #1 Medium 2016-18, #1 Spirit Artist and #1 Paranormal Investigator, and #3 Animal communicator in the USA in 2015-2019. Most Recommended Psychic, Medium, and Animal Communicator… Jennifer was recently a guest with George Noory on Coasttocoastam Radio as well as the Red Pill Project Video cast. That’s amazing!

Countless TV appearances! Jennifer appeared in 12 episodes of the 7th season of the popular TV series “Battle of The Psychics”-War of the Worlds”, Битва экстрасенсов on the STB Channel in 2011, where she represented the USA, competed against the best psychics from around the world and was voted as a top 4 finalist, and chosen as “Best Psychic” of week 5 by the jurors during the filming of the series. Aside from her 6 months of filming the TV series in Ukraine, Jennifer has traveled extensively demonstrating her mediumship abilities in front of live audiences and on several radio programs.

All in all, Jennifer Wallens is an astonishing individual and her story is one that we find very interesting! It’s crucial to have people like her guide us to a higher consciousness in a world that often seems so dark! If you’d like to learn more about Psychic Jen, reach out to her through her website: JenniferWallens.com

For more stories like this, check out our last post on how WhyCue is disrupting the music industry!

How Why Cue Is Disrupting The Music Industry

Christien Bouc is a 7 figure agency owner who specializes in social media growth and monetization. Christien and his team are on a mission to help influencers and companies scale their online business!