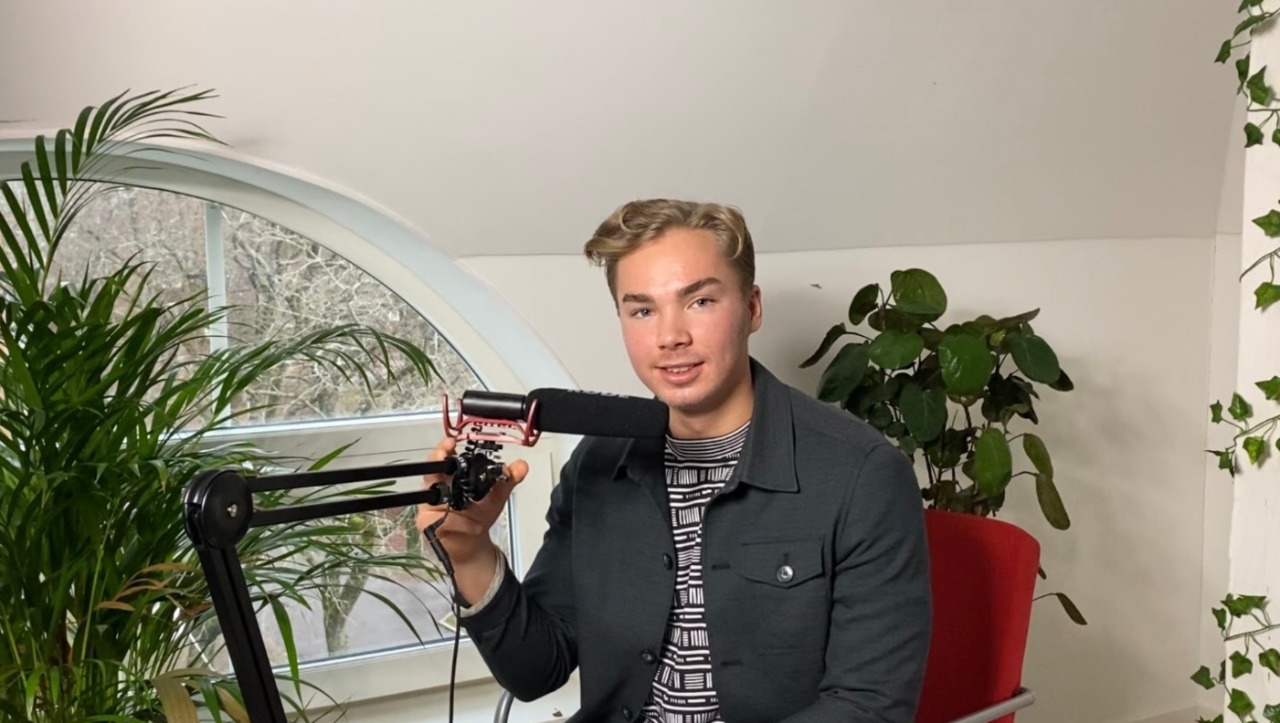 Since childhood, Hannes Rydell has always been very entrepreneurial. He didn´t come from an entrepreneurial family, so the path and opportunity of starting his own business never really occurred to him before he was around 15-16 years old. However, when he finally saw that path, he knew that it was what I wanted to do.

6 months later the same business advisor suggested that Hannes should enter a pitch competition in his city called “Creative Dragons”. It´s a lot like Shark Tank where you pitch your idea to investors and hopefully get some of them interested. At 18 years old Hannes launched his first business in Sweden with the purpose of building a booking service for golf clubs. He was new to entrepreneurship and did not know how he could begin or who to turn to. Luckily he got in contact with a business advisor who showed him the first baby steps of launching a business. Progress was slow but it was more fun than anything he had done.

Things clicked and he won the prize for “Best Business Idea” with not much more than a business plan. Multiple well-known entrepreneurs ended up investing and filled up my newly started business with more experience and money than he could have ever imagined, at just 19 years old.

One of them was music producer Niclas Molinder, who is the founder of the tech-company Auddly together with Björn Ulvaeus from world-famous music group ABBA, as well as producer Max Martin. Hannes also managed to land former PGA-Tour Player and entrepreneur Mathias Grönberg. He was ranked as the 65th golfer in the world at his time and also played with Tiger Woods in the 2003 Open Championship.

In short, almost all success has come from getting the right people to listen to Hannes. He believes that the skill of getting other people to buy into your ideas is the most valuable of all as an entrepreneur and so far he has been pretty good at it. When you´re a young first-time entrepreneur you usually don’t have a lot of credibility, money, or connections to show others. But the good news is that you don’t need these resources yourself, you just need to find other people who have them and that are willing to give you access to some of it. This can be achieved through either investors, mentors, or partnerships. The hard part is to get that first-person onboard, when you have overcome that first step, the spiral will just keep going up and up.

In our series featuring successful and disruptive companies, we managed to interview Hannes Rydell. Meeting him was thrilling, especially due to his professionalism despite the age he started entrepreneurship. At 15 years, most people are still finding their bearing, but Hannes Rydell’s story is different because he had already begun entrepreneurship.

Here is our interview with him.

What is your bio

Today I´m 21 and run the SaaS company DropInGolf Sweden AB with the same foundational business idea which I had when starting my first company. In just one year we went from 2 connected golf clubs to 40+. At the same time as we increased our user base from roughly 1000 to 15000+. Through this, I also became one of the youngest founders to get accepted into Business Sweden´s Leap Accelerator and Web Summit ALPA startup-program.

What’s your daily routine for success?

I wake up around 6.30, do some light stretching, and get some breakfast. By 7.30 I’m usually out of the door and on my way to the office. I try to limit the time that I spend in meetings, on the phone, or other mundane tasks and delegate it to my team members instead. Through that, I get at least 5-6 hours of uninterrupted “deep work” each day.

What excites you the most about your business right now?

What excites me the most is that our organization is expanding. During the last 2 months, we´ve hired two more team members and are now a total of 5 people that are working in the business. This is completely new for me and requires that I pick up on leadership skills fast, as well.

However, I also have some completely new business ideas which will be launched very soon. I can’t talk too much about this right now but I´m very excited about what’s coming.

How did you make a name for yourself in your industry?

I got very good at conveying my ideas to other people and formulated a very precise and smart business plan template. After that, it was just a matter of placing myself in the right situations where I knew that I could impress the right people that I wanted to join my journey, which I did.

What obstacles did you face to get to where you are now?

The biggest obstacle was figuring out how to get started. As I said earlier, I did not come from an entrepreneurial family and therefore had to create everything by myself.

How did you overcome these obstacles?

I had a strong idea and strongly believed in my own natural talent for entrepreneurship. With this in mind, I thought that it was only a matter of time before things started happening which made it possible for me to persevere through the tough starting steps.

What makes you different within your industry?

In my industry, most people are usually much older than me and also use very old tactics when it comes to marketing, management, etc. I´ve found a way to overcome my young age at the same time as my company is using some of the most innovative tools out there which make us stand out from the rest.

What recent new technology excites you?

Airpods Pro, they´re really great on “isolation mode” if you just want to zoom out for a while.