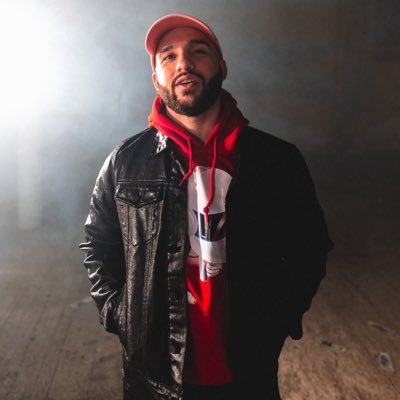 Art has always been meant for sharing. Through art, people get to relate with artists and understand them deeper through an unspoken connection. That’s why curators carefully preserve the art of all forms so future generations can appreciate the works of great artists.

Recently, hip-hop recording artist and art curator ARTZ has achieved a great milestone where his legacy will pass down in history.

Getting Into A Prestigious Auction House

ARTZ has had the opportunity of having his submissions accepted into PHI Auctions, one of the most prestigious art auction houses in the world.

His pieces will be in the same lot selling alongside art legends such as Andy Warhol, Banksy, Rembrandt, Jeff Koons, Kaws, and more.

ARTZ’s pieces will be auctioned online as NFTs (non-fungible tokens), a digital token that’s a type of cryptocurrency.

The hip-hop recording artist has curated 10 NFT collaborations that include his music and feature visual art from nine different artists and music from Reject Dreams producers TYTHESOUNDGOD & OVTLIER.

PHI Auctions is the third traditional auction house in the world to sell NFTs with this collection entitled “I See Future” which is curated by Alex Garber.

The auction will go live on Monday, August 30th, on PhiAuctions.com at 6PM EST time, with bids being accepted by credit card and registering via their site.

Several of ARTZ’s NFT works have already been sold out on different online spaces.

Brooklyn-native ARTZ is a self-proclaimed “reject” with a dream who embarked on his musical journey at the age of 17.

When he survived a stray bullet to the face and the intense reality of life, ARTZ learned to embrace the type of introspection and honesty that’s usually being shunned by his peers in the rap industry.

He and his talented team of “Rejects” are poised to put their unique stamp on the music and arts scenes of New York City and beyond. With press and co-signs from the likes of Hot 97 personalities such as DJ Enuff and Peter Rosenberg, as well as major media outlets like Revolt and Rap Radar.

Presently, he has more than three million YouTube views, more than a million plays on streaming platforms like Spotify and Apple, and landed 85th on iTunes Top 200 Hip-hop Songs in 2021.

The hip-hop recording artist also has an all-new two-track digi-cassette titled “My Son/Fvck The Neighbors,” featuring a scorching appearance from well-respected Harlem lyricist and entrepreneur Smoke DZA, which is out now on all streaming platforms.