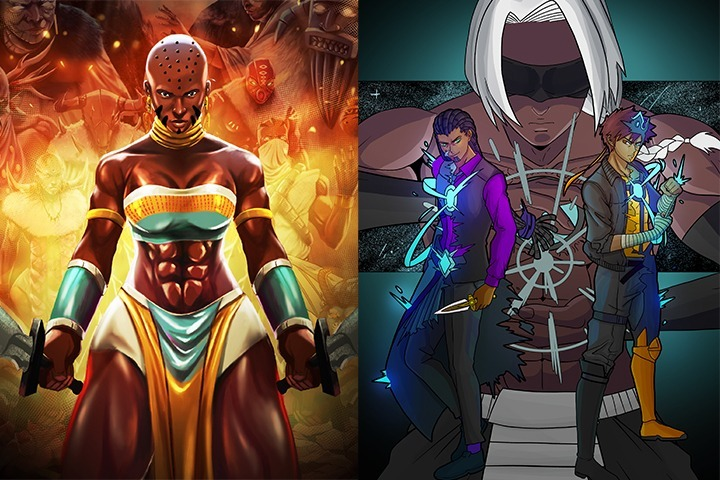 Comic books have been an integral part of many childhoods. As these children grow older, they take with them the stories and morals that they learn from these pieces of literature that feature vivid art and a compelling storyline.

So when Manuel Godoy had the opportunity to become a comic book artist and leave a lasting impact on the world, he took the chance and tackled an issue in a way that his readers can relate to.

Now, he is regarded as the only black comic publisher who’s earning millions while telling stories that most people would find “unmarketable.”

Hailing from New York City, the 36-year-old Manuel didn’t start his career as a comic book artist outright. He was in the United States Army for six years before he went to college to pursue a bachelor’s degree in Economics.

It was after that when Manuel began writing comic books. To his surprise, his career took off when he created “Black Sands: The Seven Kingdoms.”

“I originally wanted to be a video game developer but I did not have the means to finish my first project so I pivoted to a more sustainable career in comics. Little did I know it would turn out so well,” he shared.

Manuel added that he believes that his military experience allowed him to make a sound business with strategic partnerships that allow them to scale their operations.

“Most CEOs want absolute control, but that limits the ability of the whole,” he said.

When he started, the core members in Manuel’s team were only four who helped create the amazing visuals of the Black Sands Universe. Now, they have dozens of people offering their services to develop Manuel’s comic book.

“I work from home and spend most of my day with my wife, Geiszel Godoy. My team is international, so it isn’t unusual to see me having scheduled meetings at 2 AM,” Manuel said.

Allowing Others To Relate

“Black Sands: The Seven Kingdoms” features vibrant art that depicts Black characters and culture. Manuel explained that his work is dedicated to Black parents and students since they can relate the most to the content of his comics.

“Seeing black parents and their kids so happy about heroes that not only look like them but also connect culturally to a greater legacy,” he said.

The Black Sands series exclusively focuses on Black history, before slavery became rampant, which is an extremely overlooked genre. This allowed Manuel and his team to corner the market.

Learn more about Manuel Godoy and his works on Instagram and TikTok.

How Esmae Found Herself Back To Doing What She Loved: Music